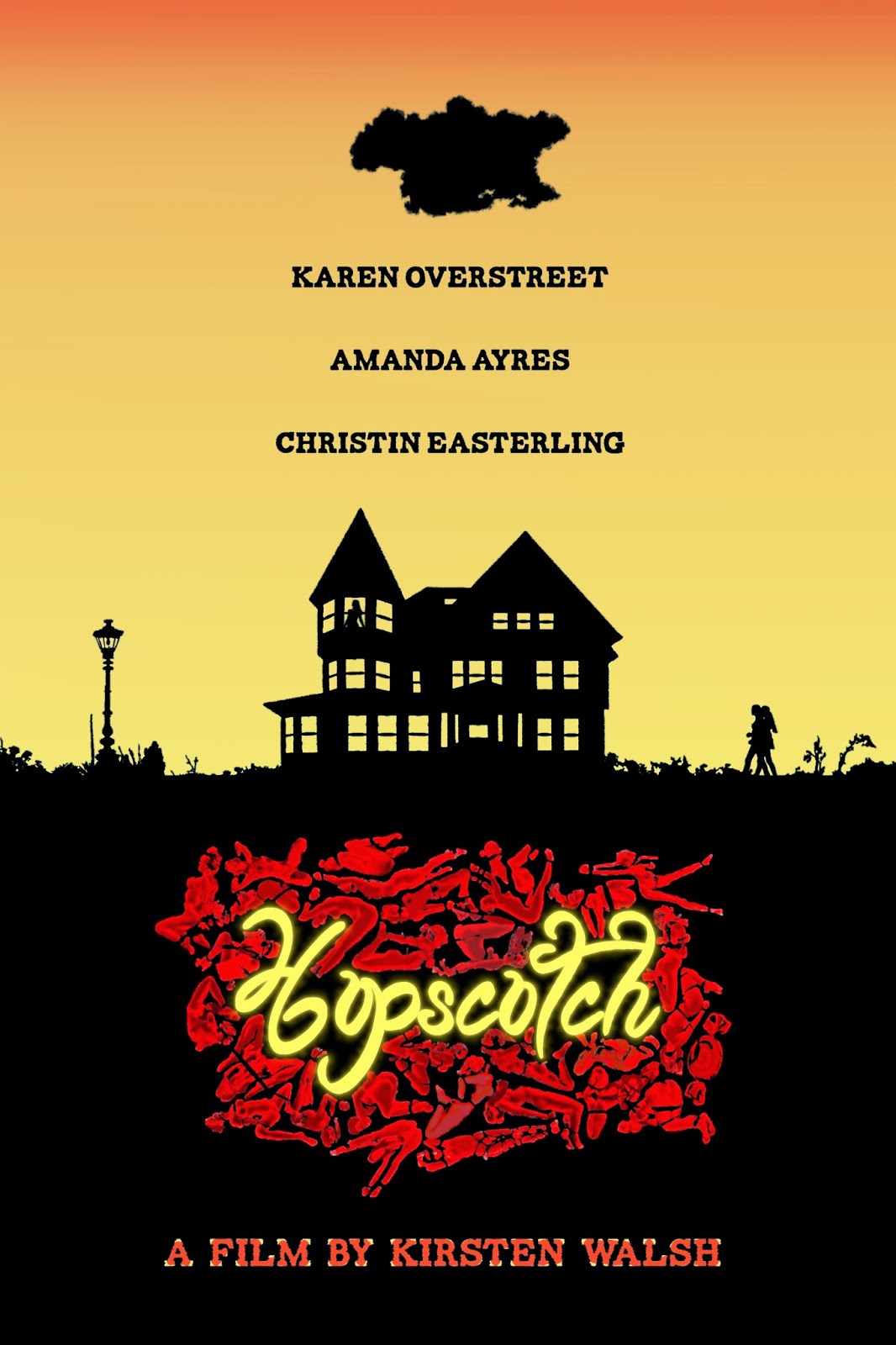 "Bridget, a hooker by trade, is lured into a big, beautiful house for what she thought would be a normal night. Instead, she is tricked by two women who have more than just candy to offer her." 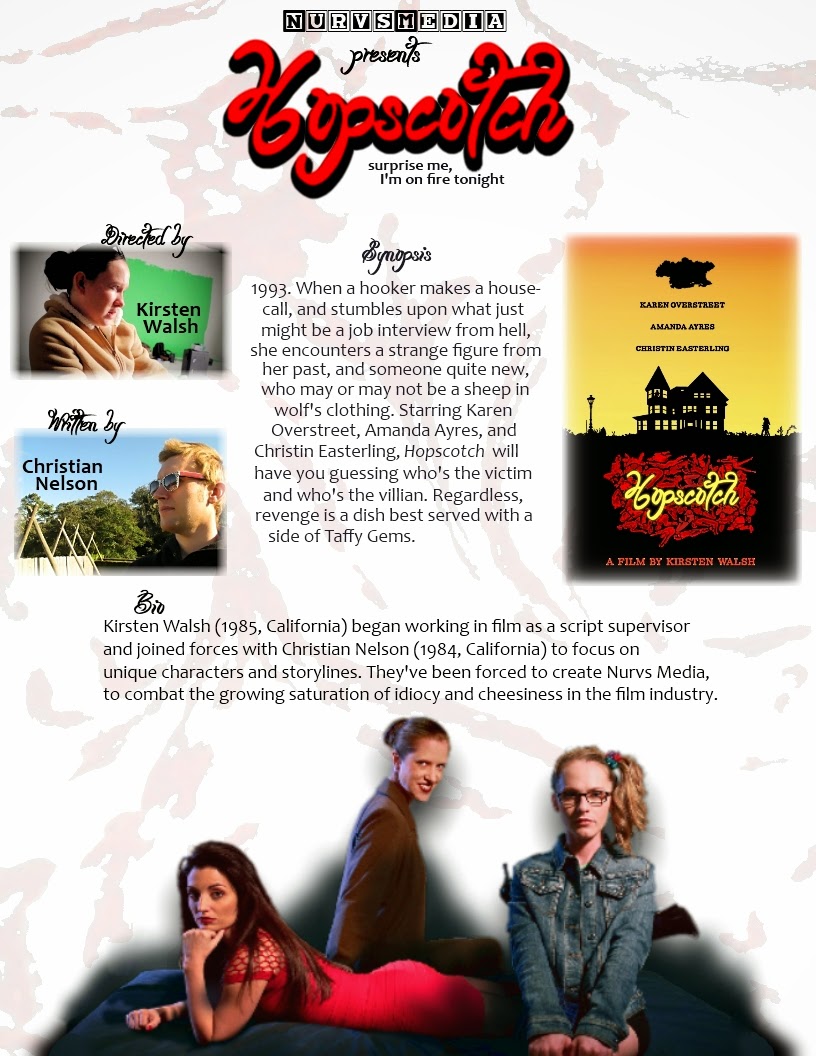 What I wasn't expecting about "Hopscotch" is how character-driven it is. It's 85% dialogue, and that's not a bad thing. Nowadays you get too many films that don't sit you down and get you to know the characters, but that's exactly what this one does. It's a female-centered story, and while the concept is simple, and not overwhelmingly creative, it works really well. Though a lot of talking does occur, it's conversation that you want to listen in on, and it never gets boring. The whole time I was watching it, I was waiting for the catch, I knew there had to be one.

Sure enough, the ending was just gory and twisted enough to give horror fans their fix, while introducing them to something fresh and unexpected. My biggest complaint is that I wish this were an hour long feature, instead of a half hour (26 minutes to be exact). The ending comes unexpected, but is welcomed due to it's sense of macabre. And there's no denying it's a very thoughtful piece of wicked cinema. It's not perfect, but it's far from mediocre or bad.

In order to make "Hopscotch", the cast and crew came from all over the United States, including Maryland, Ohio, and California. It was also in pre-production for six months, and just took less than a week to film. It was filmed in St. Mary's, Georgia in December of last year. And, the project even joined up with the Coastal Georgia Film Alliance, and was filmed at the Goodbread Inn Bed and Breakfast. It's set for a 2014 summer release, and it's directed by active military member Kirsten Walsh, who has done 10 films already in her career.

For more info on "Hopscotch", visit the official Facebook  and IMDb page. For press info, read this insightful interview with Kirsten Walsh.

Email ThisBlogThis!Share to TwitterShare to FacebookShare to Pinterest
Labels: Screener