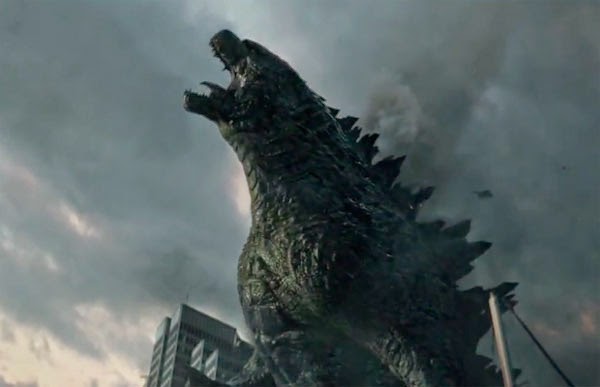 I've already seen the movie twice, and I'm going back today for a third and possible final theater viewing. I own a poster, and one of the action figures I'll be showing off. So yeah, it's safe to say that the latest revision of The King of Monsters has had a positive effect on me.  Since "Godzilla" 'stomped' on the box-office this weekend, bringing in over $100 million, I figured it was only appropriate to showcase some of the toys being released from this remake. Although there's a handful of cool stuff available now, it's only common sense to make the assumption that there will be a lot more merchandise in the future. Especially now that the sequel is already in the works...

Godzilla (2014) Movie Modern Series 1 Action figure by Neca: $16.99
Release date- June 2013
The last figure posted is the one I am a proud owner of. I found it at my local Toys R Us and couldn't resist having it in-hand, so I didn't bother ordering it. With it being made by Neca, it was a no brainer purchase. It's easily the best Godzilla figure from the latest movie in 7" form. It's hard to say whether or not I'll purchase more action figures from "Godzilla" (2014), but it's a high possibility. And the good news is; they're all very affordable, and are only one click away at Entertainment Earth. Just click the link below to start shopping.