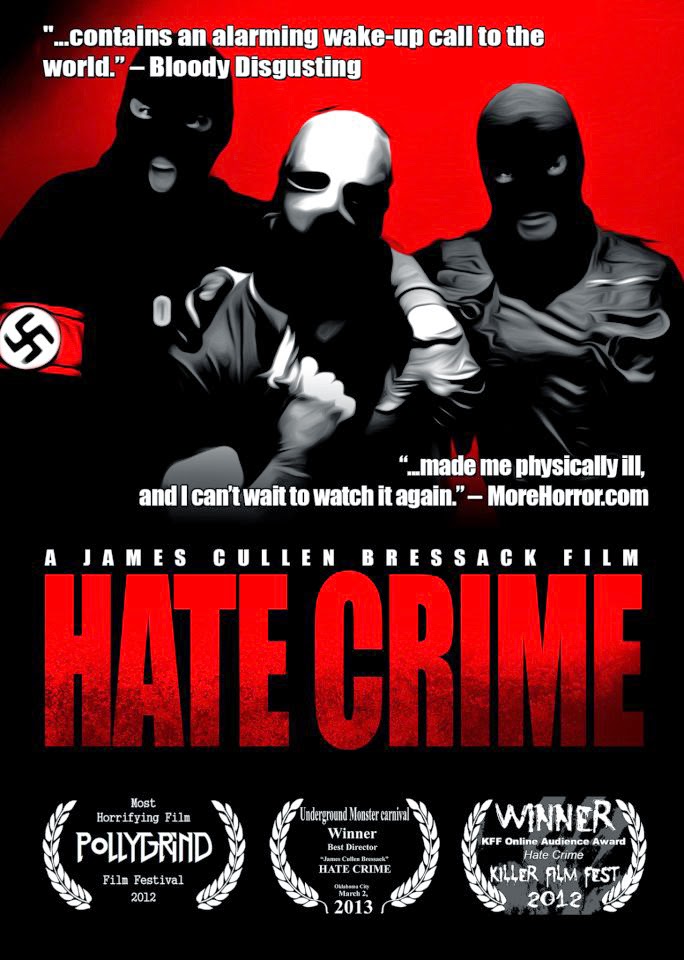 Synopsis taken from IMDb
A Jewish family, that just arrived in a new neighborhood, are recording their youngest son's birthday celebrations on video when their home is suddenly invaded by a bunch of crystal-meth-crazed Neo-Nazi lunatics.


Now, if you read my blog often, or even time to time, you know that I'm one of those horror fans that can't resist a movie that has everyone waving the brutal flag for. If you tell me a film has a reputation like that, odds are I'm gunning to see it. I'll try any movie once, just to say I watched it. Being a horror critic you have to be up to date on what is considered extreme, just common sense, really.

When the movie starts, we're watching the celebration of a child's birthday. We're also introduced to the fact that the mother and father don't seem to get along too well. But before we can get any real character time, the Neo-Nazis invade the Jewish family's home and start wrecking havoc. I was surprised by how quick this film picks up. I guess seeing as it's only 73 minutes long, they had to get to the point quick.

The Nazi terrorists call themselves One, Two, and Three. They're totally off their rocker, and have no idea what they're doing. Often overacted, they're high on meth and wanted to scare the newest family in the neighborhood. But things get taken to an all new level of unnecessary proportions. In fact, one of the three lunatics even tells the family that it wasn't supposed to go down this way, but there's no going back.

So, rather than stop while they're ahead, they just go further with their terrorizing. The first notable thing that I disliked was that through the entire film, everyone is so loud and screaming that it's downright inaudible in parts. Add to that the fact that the Neo-Nazis are wearing masks, and it makes it even harder to hear some of the dialogue. I understand if this were done to maintain a sense of realism, but I would have rather heard what was being said with clarity. Especially since the acting being so poor at times ruins the realism the film creates.

I also have a problem with the fact that this movie takes itself so seriously, but it pussyfoots around the solid details that would have really improved the film. Such as when the mother is being raped. She is raped twice, once by Three, the over-sized meth freak, and a second time by her own son upon being forced by the intruders. And neither of these times does the moms underwear leave her waist. I know I probably sound like a creep saying this, but there's no proper way to say it without being blunt. 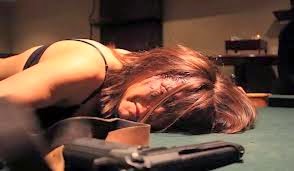 If you want to make a film that is built on suspense, then you don't need to show everything. But when you make a movie meant to push boundaries and show everything gruesome, you don't forget details like a rape victim still garnished in lingerie. It's common sense. What I dislike about "Hate Crime" most, is its lack of commitment to being a hardcore horror film, although it tries to pass itself off as one.

There's some serious problems paying attention to detail too, like the fact that the family doesn't fight back at all and just moan and cry like helpless victims. I understand the fact that the idea was to show a family being helpless and victimized, but no one trying to defend themselves is just disappointing. I know that if this type of scenario happened to me, I'd go down fighting, not crying and begging. I also hated how the victims weren't even tied up tight. Here we are, watching them thrash about in their chairs as they're beaten and even branded on the face with swastikas, all the while they're not even tied in tight, and could easily escape. I mean it's pretty clear watching the movie how lose those chords are tied around them. So again, something else that ruins the authenticity of this films attempted realistic feel.

There's hardly any gore aside from a painful eyeball removal scene that's done off camera. This however, is filmed properly and lets the screams of agony tell the story rather than show you all the details. It's probably the most gruesome thing that happens in the entire film, even though we miss the visual. The entire third act is incredibly suspenseful, and the found footage/documentary style of filming works well for the story.

I think that One, Two, and Three are complete idiots outside of just being racist losers. When the father escapes their grasp, they waste so much time doing nothing. Meanwhile, in reality, someone escaping would cause the protagonists to run in fear of the cops being called. Not in this movie. They just get high and take their time, which is not realistic at all. They stick around beyond when they should, and they record way too much.

Towards the end it doesn't even make sense as to why they're still recording, and you can tell that it's just for the sake of the movie. You can't just leave things go on like that for the sake of the story. There's ways around such hiccups that wouldn't lessen the movies value. Such as just letting the movie cut off, or finding a better reason to let the camera run aside for the sake of having it sit on the dashboard while the meth-heads talk.

In the end, I enjoyed "Hate Crime", but I dislike it for its shortcomings, in which there are many. Nothing irks me more than a horror film with vast potential to beat the walls of conventional-ism down, but chickens out and plays it the safe way. Yeah, it may be hard to stomach, but there's things that constantly remind you that it's only a movie. So the point of the flick is lost, and it just becomes a senseless movie about brutality that dares to push barriers, but doesn't make the cut.