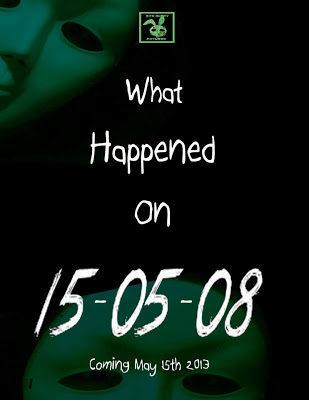 This short film from Sick Bunny Pictures hits the air on the 15th, I was fortunate enough to be one of a few selected to get an advance viewing of this after talking to the director, Nikki Chatwin.

This is shot in POV mode, where you see only what the guy holding the camera sees. It comes off like a more deranged version of "Disturbia", and it's not as bad either. The film centers on a guy waiting in his house with his group of friends to see if someone is in his neighbors house across the street. His neighbors are out and they're shouldn't be anyone in their house, but it appears there is when lights flash on and off in the house.

Now this film is less than 17 minutes long, so the fact that they were able to pack so much suspense and intensity into this is pretty impressive. Yeah, there is a lot of dialog before things pick up but it's not forced dialog. It really feels as though you're watching close friends spying on the neighbors house and not actors. This of course, helps with the realistic feel of the film. Once intensity hits the film it doesn't really stop.

This is a creepy atmospheric movie about a group of kids getting a bit too nosey and getting involved in something they shouldn't. Had the characters had this to do over I'd bet they'd stay at another house for the night. I know I would!

The film closes with a disturbing finale that is unsettling but exactly what I wanted. I won't spoil the film for anyone, so I'll stop there.

The actors in this film deserve a pat on their backs, as does the director (Nikki Chatwin) for pulling this little film off. It's really an entertaining 17 minutes of film and definitely worth a watch.