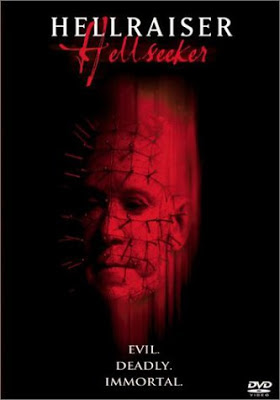 Synopsis taken from IMDb
A shady businessman attempts to piece together the details of the car crash that killed his wife and rendered him an amnesiac-- and left him in possession of a sinister puzzle box that summons monsters.

You all know Dean Winters from the funny Allstate Insurance commercials. He's the guy always putting himself in harms way by by doing goofy things. Well anyway, he's the lead in this movie. I can't say that they got a great lead actor, but at this point I think the quality of the Hellraiser series has died. He was pretty good on Terminator: The Sarah Connor Chronicles though, I'll give him that. At this point, I don't expect much from these movies anyway.

I found this one to be slightly better than the last film, believe it or not. The 5th film took the wind out of my sails. I'm not saying that this film put wind back in the my sails, but it was relieving to see that they were able to make a slightly better film that isn't as hard to sit through. Trevor Gooden (Winters) tries to piece the pieces of his life together after a devastating car crash, and when his wife isn't found I knew it was one of two things: either she's made the accident happen somehow or he's in another real or dream state. And yet again, good old Grimm here figured it out about a half hour in. 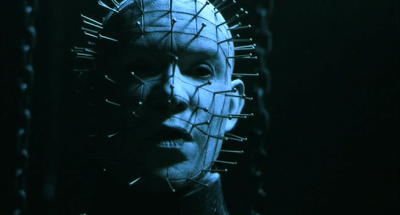 The twist was pretty good actually, even if I did spot it a mile and a half away. Still, this movie kept me entertained and that's more than I can say for the last few films. The gore in this one isn't abundant, but I enjoyed what they did show. They overused the dream sequence again like a mother though. Always trying to pull you into an intense scene just to have you realize it's a dream. The problem with the over usage is that you expect everything that happens that's screwed up to be a dream after a certain point.
Then when you find out it's not a dream you don't really care.

The story to this one actually seemed like it belonged in the Hellraiser series, unlike the last film. I think that for a torture S&M series like Hellraiser they should have gone with a more darker and sinister approach to this film and some of the other sequels. I see why they didn't though, they wanted to take an average guy in the world we all know and put him smack dab in the middle of the hell and chaos that is the Hellraiser franchise. If they had buffed the script up a bit and found a more solid actor this film could have been one of the best ones. However, it's intentions and purpose fall a little short.

Pinhead is barely in this film, yet again only showing up when you need answers and only giving hints of sadism and sarcasm. He did appear as sinister in this film though and that gets some brownie points with me. I really felt the Hellraiser vibe in this movie, even if it is a lackluster straight to video sequel.

All in all, it's not a good movie by any means. It has a lot of potential but there's too many things you have to look past in order to enjoy it. This is a step up from the last film, but if you've read my review you know how badly I hated it. So this one didn't have to do much to be a better film in my eyes. I knew I was watching a Hellraiser film and that's what matters most. 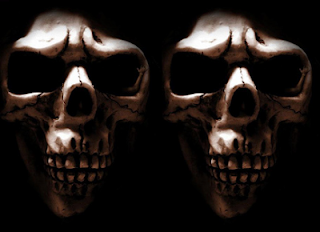