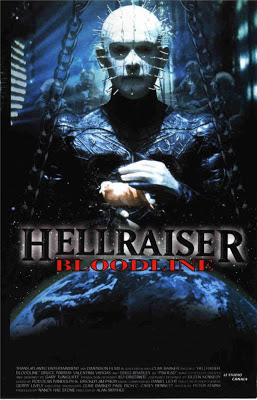 "This year, the past, the present and the future will all meet at the crossroads of hell."

Synopsis taken from IMDb
In the 22nd century, a scientist attempts to right the wrong his ancestors created: the puzzle box that opens the gates of Hell and unleashes Pinhead and his Cenobite legions.


You know that you're getting into a bad movie when it's a horror film and it takes place in space. Some horror films work in space, most don't. Pinhead and his Cenobites being in space? This doesn't fall into the category of being one that works. This is how you know they were reaching when they made this film, they've completely exhausted any originality. Jason and Leprechaun tried going to space as well and it didn't work for them either. STOP WITH THE SPACE CRAP!

The inside of the spaceship was hard to look at it was so bad. It looked like something you'd see from a bad Syfy channel movie. The sets were awful and cheap and laughable. I think this is officially the film where Pinhead and all his Cenobites stop being scary and become a joke. There's virtually no scares in this movie, which is a shame. Pinhead never scared me to begin with, but he sure as hell wasn't scaring me in this one. 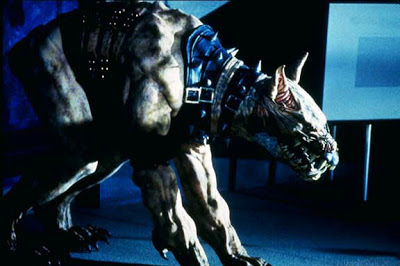 The biggest shame of it is that this film actually had a decent plot, minus the being in outer space part. For the first time in the series you get to understand the box and learn it's history and who made it. This flashback parts of the movie aren't bad and feel like a legitimate "Hellraiser" movie. When it goes to present time and you see the spaceship, the movie looses the feel of being a movie from this franchise. It's more like they wrote a sci-fi movie and decided to just thrown Pinhead in it for the sake of spicing up the story.

Another thing that I did not like is the dogs that are in this movie. For the first time in the franchise we see dogs that are Cenobites and it just layers the cheese to this movie even higher. They definitely fit with the look of the series, but it just doesn't work. It's too much. They tried to expand and broaden the horizons of what they can do and so they came up with mean dogs. Real creative and scary...NOT.

Pinhead went back to his normal self in this one, which was a relieve. He doesn't act out of anger and is calm, cool and collected again. Always speaking vaguely and never answering questions, just riddles and things that we don't understand. That's one thing I've noticed, Pinhead doesn't ever give direct answers aside form "Angels to some, demons to others", he talks poetically but his words don't mean much to the viewer. If they did, the lead character wouldn't have to do research to find answers. 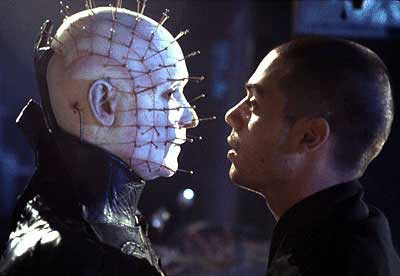 Up until this point I would have considered myself a fan of the franchise, even though part 3 was a dud. This one cuts that connection or bond that I had with them. I know now that it really is all down hill from here and they've truly lost their way. Pinhead was never supposed to go to space, come on! I see now why Clive Barker lifted his hands off the series, I would have too.

THIS FILM GETS 1/2 REAPER SKULLS OUT OF 5 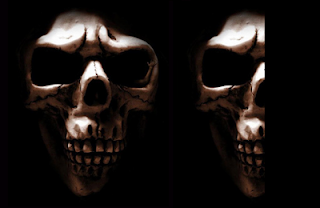