Maniac proves to be one of the best horror remakes ever 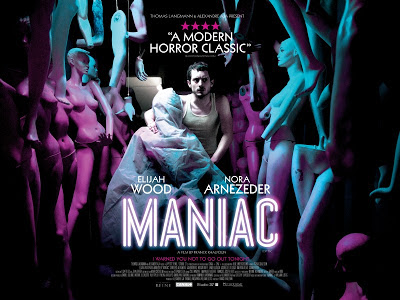 Synopsis taken from IMDb
The owner of a mannequin shop develops a dangerous obsession with a young artist.


You all know that just about everybody is a fan of the original William Lustig 1980 film, it's one of those horror films that always gets brought up. It's a gore filled movie that's as disturbing as it is thrilling and violent, so when word hit about the remake, a lot of people weren't happy and weren't willing to give this movie a chance. I'm here to tell you that you shouldn't go in expecting it to fail because it's actually a great horror movie. There's some horror films that come out from time to time that really actually strike the chord that we're all hoping someone would play and this is one of them. This remake ended up being one of my favorite  horror films of the last ten years, along with "The Descent" and "The Hills Have Eyes" remake. Elijah Wood gives the performance of his career, he really nails it.

Wood doesn't usually do films like this, so it's a good change of pace to see him in  role that really shows off a new side of his acting and skills. Watching his performance is like watching Bryan Cranston on Breaking Bad for the first time. You just don't expect this type of performance from someone that you're used to seeing in other less serious roles. Elijah had to really get into character for this role and it shows. The camera is on him the whole movie! He doesn't get a break of camera time because the whole movie you're in his head.
He carries the whole film on his shoulders and doesn't let it slip. I was genuinely impressed with him and gained a new respect for him as an actor. 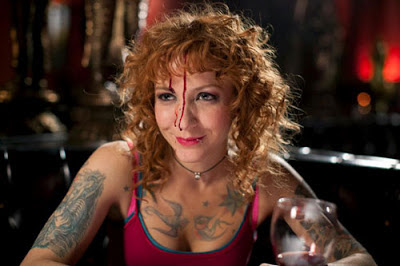 The entire film is shot in Frank's (Wood's) point of view, only showing you his face when there's a mirror or something to give off a reflection. You view the entire film through his eyes.Wood said in an interview that being on set felt more technical than emotional, and that he's never played someone so dark before. And that due to the strenuous 4 week shoot that he became desensitize to the disturbing material. Watching how he acts and how awkward he is around people, how he views people and how he views people viewing him. You see his insecurities and his phobia's come to life and you suffer with him.

It was a perfect touch to do this type of film making because it allows you to have sympathy for the character, and understand his madness. It also makes you understand on a whole new level how damaged and demented he is compared to the original movie where there wasn't as much character development. Director Franck Khalfoun, stated "POV has been in movies since "Peeping Tom", but no horror film had ever been entirely shot that way...I wanted the audience to feel trapped in his body"

The film opens with a gritty, unsettling scene that let's you know within 5 minutes of the film that this is not a remake for the faint of heart. This is a horror film for the real horror fans, not the popular crowds who go after school on a Friday night to annoy everyone in the theater. You'll mostly find hardcore genre fans bragging about this movie because we're the only ones who can appreciate it over the average viewer. This is a movie for the true fans of the brand, it doesn't pull punches and it has a big brass set of balls. The gore is stellar and not over done but, there's enough blood and brutality to go around. Franck Khalfoun really had an artistic, original view for this film and takes it to a new level.

Most importantly the gore and brutality is used as a tool to tell the twisted story of Frank, and how his relationship with his mother when he was younger has permanently scarred him. This movie doesn't use gore as a means to try and make the movie good, the gore relies on the story, not vice versa. I knew once I saw Alex Aja was involved in the making of this film, that this was going to be something special. He's one of the most talented writers and directors in horror today and, has a graphic vision of grounding horror and making his films uncomfortably intense. 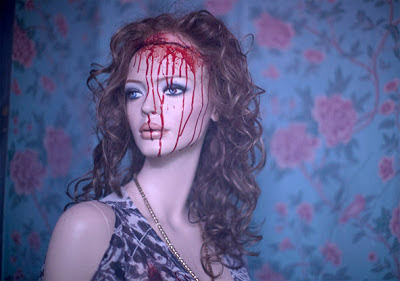 The music in this film was one of the key elements that helped with it's success. It's like plucking a chord to your nerves when you hear it. The French composer known simply as Rob made the music have an 80's horror undertone, but it feels modern. Paying true homage to the original film while also giving us a fresh and unnerving score.

Dare I say that this film surpasses the original in my eyes, though it is missing the notorious and iconic shotgun scene the original had. My favorite scene of the movie is probably when the cover art of the primordial film (Frank from the waist down holding a knife in one had and severed head in the other) is acted out and shown. It has a better story and acting than the 1980 film and is scarier. This is one of those remakes that surpasses it's predecessor. Thank God they got the right people involved with this film because it could have been a disaster. Luckily, it hits a home run that all horror fans can enjoy. Even if you don't agree that it's superior to the original classic starring the late Joe Spinell.


THIS FILM GETS 4 REAPERS SKULLS OUT OF 5