Dexter Season 8: Teaser "Behind a Mask" 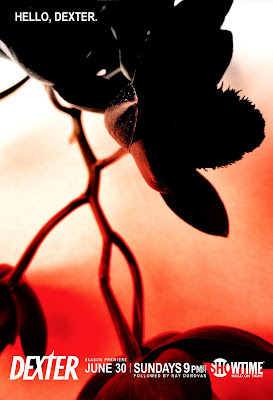 I'm not being melodramatic when I say that I am saddened by this season being the last. I know all good things must come to an end, but I have never in my whole life been as hooked and involved with a show as I have Dexter.

Dexter is such a brilliant show, and while some say the latest seasons aren't any good, I completely disagree. The show isn't as good as it was when it first started but there's no such thing as a bad season of this show to me. Every episode is a thrill and purely enjoyable.

Although I am staying away from big trailers and spoilers, I did watch this new teaser and am more compelled than ever to get this season started. Dexter is my favorite show of all-time and will never be replaced in my book. Hell, I spent about $500 on custom making a high-end Dexter action figure. But next month it all ends.

There's so many questions that are going through my mind, I don't even want to start. The one thing that I heard and that I am very proud of is that Michael C. Hall stated that the show will have a finality to it's ending, it won't be open and leaving you guessing or have him walking away down a road. It's going to be a solid clean cut ending and to say I can't wait is an understatement.

Without further adieu, here's the latest teaser from the best show on television. Enjoy!