I want to suck your Blood: 10 Scariest Movie Vampires 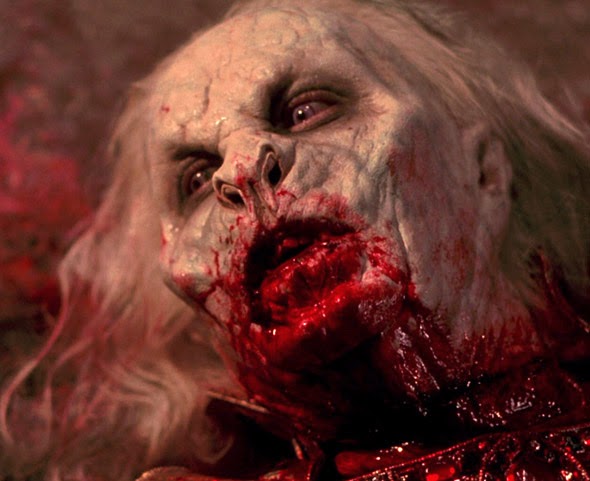 Seeing as I've touched up on the best movie werewolves (if you missed it click here), I figured it's time to name drop the scariest vampires in cinema history. Again like in my lycanthrope post, this list does not reflect my opinion on the films listed, for I myself, don't necessarily like all of the flicks on this list. This is simply a look at the 10 scariest designs that blood suckers have had throughout history. We're talking the ugly of ugly, and the nasty of nasty.

Though there are some still getting it right, vampires aren't really scary anymore. This is due to the romance to horror ratio being far off balance, thanks to a certain pop culture film series that I'd rather not mention and taint this article with. So, it's important to look back at how vampires were when they were considered movie monsters, and not your boyfriend. Yes romance has always been in tales of the undead. The difference is, the incubus weren't sissies. Let's face it, it's been a long time since any of us lost sleep over a vampire movie, am I right? 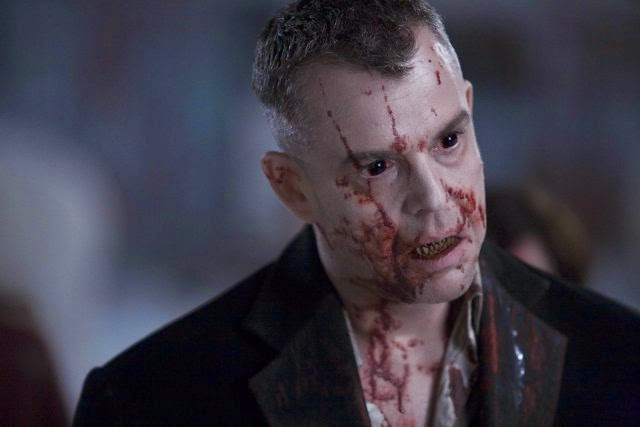 All the creatures in 30 Days of Night looked vicious and ferocious, really. It's the most recent film I can think of, that has such a savage and primal take on the blood drinking species. With their own language, horrifying fingernails, and an intensity that no one can match, you have to turn yourself into one of them in order to beat them. That's what I'm talking about!
FUN FACT: All of the vampires have names; they're not mentioned until the end credits. 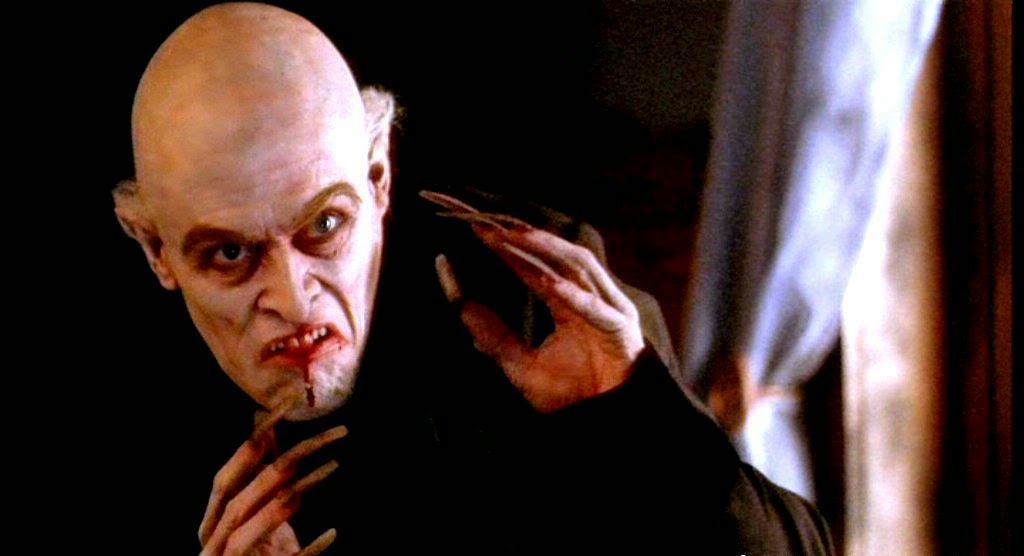 Willem Dafoe (The Boondock Saints) plays Max Schreck in this re-telling of the classic film, Nosferatu. Acting credentials aside, Dafoe plays one hideous and creepy vampire. Not to mention that this has become a fan favorite over the years, gaining cult status amongst moviegoers.
FUN FACT: Based in part upon a legend that Max Schreck was in reality a vampire which is why he played the role of Orlock/Dracula so well. Some variations of the legend suggest that Nosferatu (1922) was the only film Schreck made, though in reality he was already a stage and screen veteran by the time Nosferatu was shot, and would appear in many non-Vampiric roles before his death in 1936. 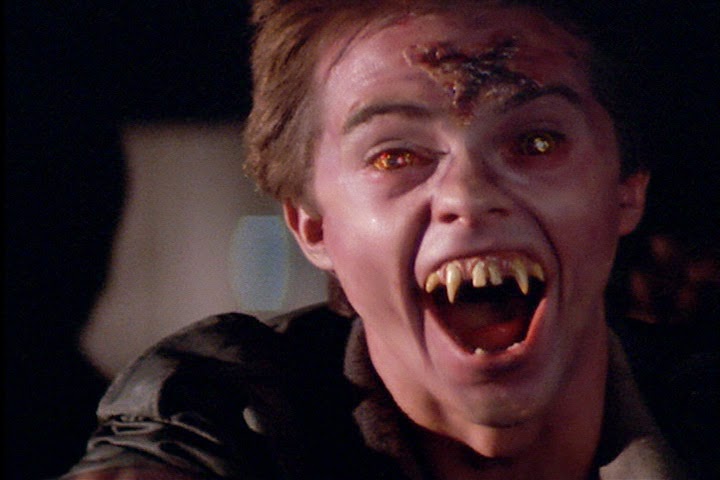 Ugh. Just look at those teeth. Stephen Geoffreys (976-Evil) plays a nerd turned vampire in Tom Holland's (Child's Play) classic nocturnal motion picture. As you get older, you see the fun and cheese in his appearance, but at a younger age, or even on your first time seeing him, he's undeniably scary.
FUN FACT: When Stephen Geoffreys is buried under the werewolf mask, the FX team poured a solution into his mouth to add a thick saliva-like texture and then realized they'd used dental adhesive, which was gluing the actor's mouth shut. 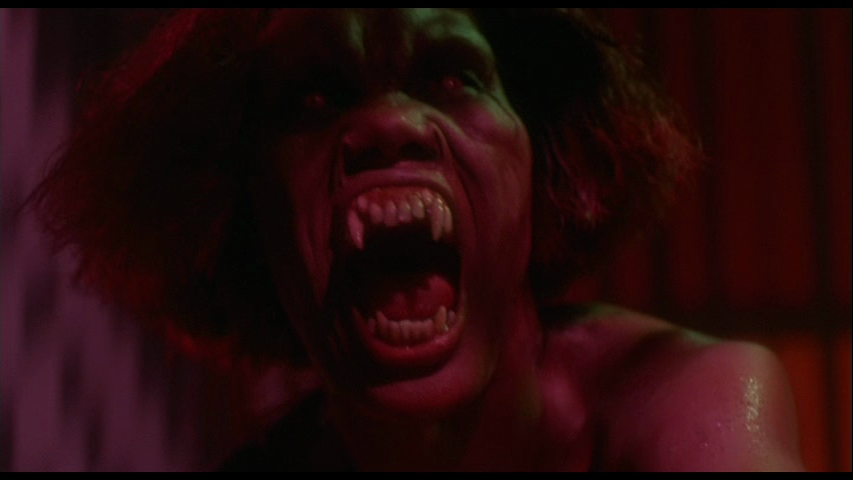 Now, here is a movie that you don't hear too much about anymore. Somehow as time went on, it has slipped through the cracks and has become overwhelmingly forgotten, which is unfortunate. I've always liked this one. The actress/model Grace Jones (BeastMaster) plays the frightful Katrina, who scared me half to death as a child. I accidentally stumbled into the entertainment room while my parents were watching. I'll never forget the impact it had on me at such a young age.
FUN FACT: When Grace Jones is killed by sunlight. Her skeleton arm raises up and gives the finger to her destroyer. Just as the finger goes up, you can see a crew member's hands holding the other end of the skeleton's arm in the shot. This is only noticeable on the UK Blu-Ray, as the Anchor Bay DVD is slightly cropped.

The Spierig brothers (Undead) brought a creative vision to the big screens in 2009 with Daybreakers. While making the feature updated and current, and full of intellectual and creative ideas, they also kept it true to old school vampire flicks and incorporated them into their feature by calling them "Subsiders". They're Vampires who haven't fed in so long that their hunger takes over and transforms them into gnarly beasts with wings.
FUN FACT: This film is considered an "Ozploitation" (Australian exploitation) picture. 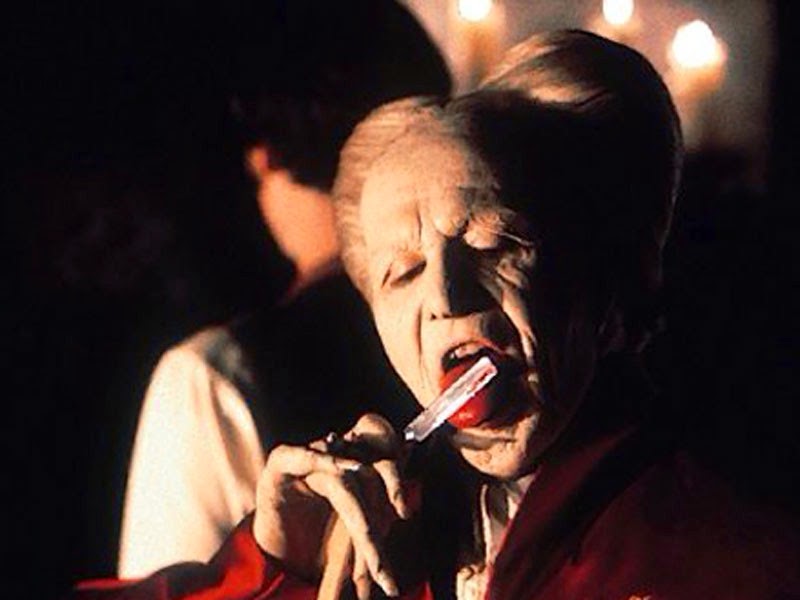 This is the only take on Dracula you'll find on this list, because quite frankly, no other version is as creepy nor scary. Gary Oldman (The Dark Knight Rises) gave an iconic performance as the traditional Dracula, but with a new take. Making the character both accurate and terrifying, his appearance and acting has made this portrayal incredibly brilliant. It's still echoing off the walls of the horror genre to this day. I still see adults dress as him for Halloween, and it's always more frightening than someone with a cape and medallion. This film was directed by Francis Ford Coppola (The Godfather) and he admitted to only doing the film for financial benefit.
FUN FACT: Gary Oldman was quite drunk the night they filmed the scene where he had to lick blood from Keanu Reeves's straight razor. The scene was filmed far beyond midnight, which added to the spirit of the scene and helped put the cast "in the proper mood". 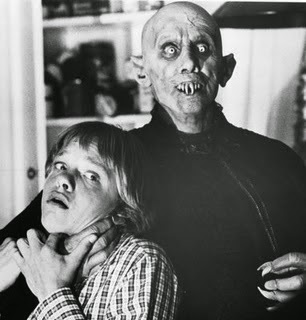 Stephen King knows how to write a good novel on hellions, and luckily it worked as a short series adaptation for television. Played by Reggie Nalder (Blue Ice), Barlow is the standard textbook vampire in my book. There's nothing glorifying or glamorous about him. He's appalling to look at, he's cold hearted, and he's simply there to feed and scare the hell out of you. Bottom line.
FUN FACT: Stephen King was inspired to write the book when he had his English class read 'Dracula', and became curious about what would happen if vampires came to America, specifically in a small town.

Still considered by many to be the scariest appearance in cinema of a night-beast, Max Schreck (Donogoo Tonka) plays Graf Orlok, a grisly take on Dracula. With his silhouette, the hunch on his back, his teeth and pointed ears, and his bald head with small tufts of hair on the sides, he makes one terrifying visual. Although the film Nosferatu is silent, the creepy factor is ever-present. This was the film that started the vampire craze in motion pictures, because it captivated its audiences.
FUN FACT: Many scenes featuring Graf Orlok were filmed during the day, and when viewed in black and white, this becomes extremely obvious. This potential blooper is corrected when the "official" versions of the movie are tinted blue to represent night. 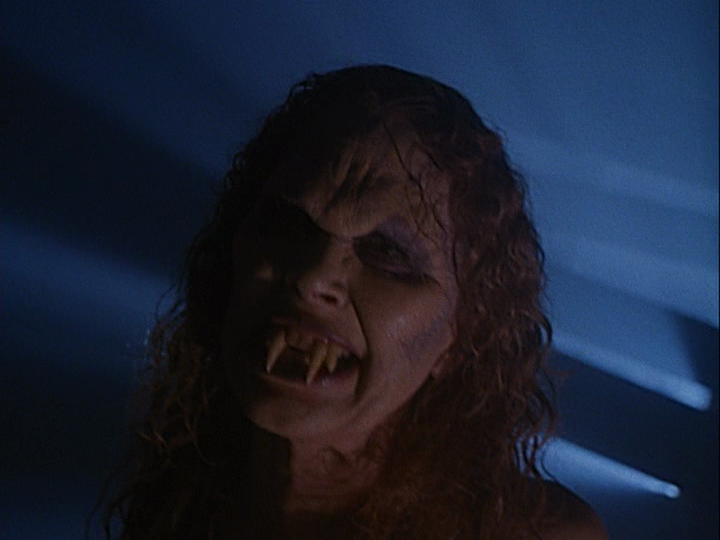 The late Karen Black (House of 1000 Corpses) played Karen Thompson, a small town woman with small dreams who is turned into one of the most fearful vampires I have ever seen. It's not just the overall appearance either, because the undead in this flick sleep in water, and with their lungs outside of their body so they can breath while submerged. The night clan are just generally nasty and will freak you out. The teeth look like the'd maul your neck too, and not just leave a trickle of blood. Children of the Night is one of those movies that has a lot of potential, but the humor ruins it. However, that doesn't take a thing away from how the makeup looks, and it still holds up today. Far scarier than anything that's come out in recent years.
FUN FACT: Karen Black and Garrett Morris were the first and only choices for their roles. 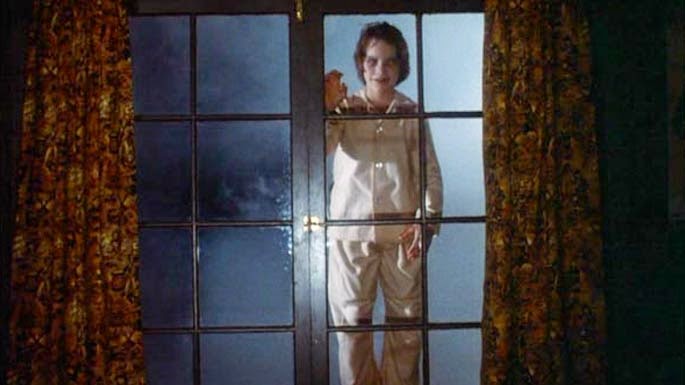 That's right, Salem's Lot takes two spots on this list. I truly consider this to be the scariest vampire movie ever made. A lot of that has to do with the atmosphere set up around the movie, and even more so the appearance of the blood fiends. They all have yellow glowing eyes, but nothing is as spooky and unsettling as watching the window scene with Danny Glick, and then trying to sleep in your bedroom with a window in it. I'm 26 years old, and I can honestly say that I'd probably sleep with my light on if I watched this and were home alone for a night. I can hear him scratching the window now. You just don't get these kinds of reactions from movies anymore, so it's good that those who get a rise out of you have lasting power.
FUN FACT: This was the first television mini-series (and the second film) to be based on the writings of author Stephen King.
So, there you have it. Just take a step back, and look at all of the scary vampires we've been given throughout the years, and appreciate them. Because they're here to stay. One day soon, I have hopes we'll see the nocturnal feeders again in a live action motion picture that scares our pants off. Until then, these will hold us over!
Think about it, what's the last movie about blood suckers that scared you?
TRIVIA SOURCE: IMDb
This article was originally posted on MoviePilot by Drew Grimm Van Ess