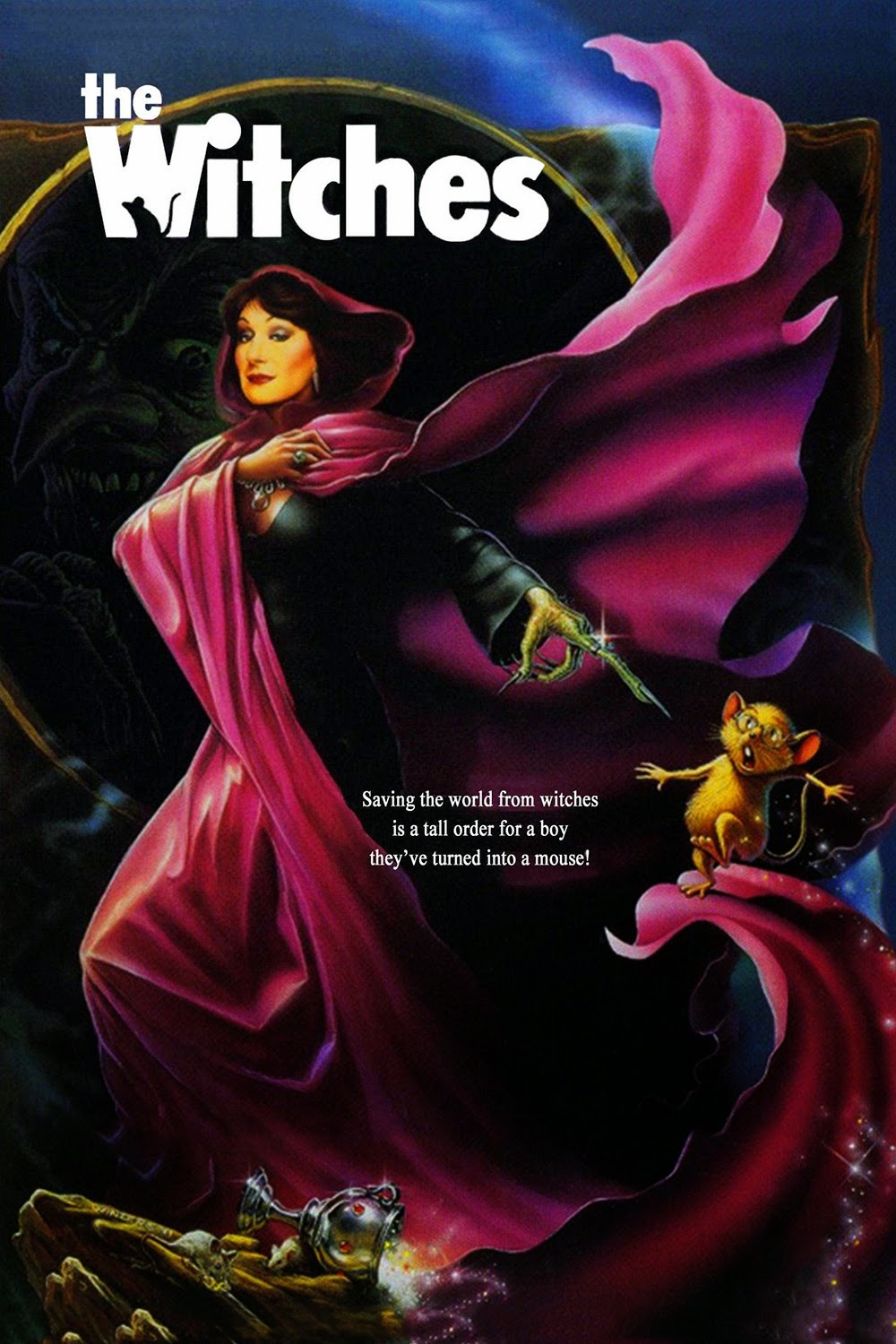 Synopsis taken from IMDb
A young boy stumbles onto a witch convention and must stop them, even after he has been turned into a mouse.


The Witches is one that I watched religiously as a child, I even used to go around quoting Bruno Jenkins' line of "just because you're a...doesn't mean I'm a...good Lord". I just recently acquired it on DVD, and I watched it for the first time in what was honestly the better part of ten years or more, and I actually still think it's great! Usually there's a sense of dread when I watch a movie that I haven't seen in ages, because odds are I'm not going to like it now that I'm older. That's not the case with this one. I still found it to be an amazing film, and I can still understand why some children are terrified of it. The Witches was made when children's viewing material still had balls. Sure, it's for kids, but it didn't hold back on trying to scare the hell out of them. The crazy thing of it is, despite how good the motion picture is, the author of the original 1983 book of the same title, Roald Dahl, actually had it put in his will that none of his other literary works get made into a movie because he hated this adaptation so much. Particularly the ending was what he disapproved of, and how it goes off in a happy fashion. In the book, it's hinted that due to being a mouse, Luke has a short life expectancy, where as in the movie, he becomes a boy again and all is happy-go-lucky.


It all starts with Luke (Jasen Fisher) visiting his grandmother, Helga (Mai Zetterling). She tells him about witches, and shows him her missing finger she claims was taken by a practitioner of the dark arts. Luke however, gets in over his head when he tries to train his mice in the ballroom of the hotel he and his grandmother are staying at and is interrupted by a meeting of the "RSPCC" (Royal Society for the Prevention of Cruelty to Children). Luke hides in the corner as he finds out that the women's group is a cover for them really being a coven of witches. After hearing the Witches' grand scheme to turn children into mice using the newly patented "Formula 86", he watches aghast as the potion is demonstrated on Bruno Jenkins (Charlie Potter), a chubby child of his same age he meets in the early goings of the story. Soon after, he is spotted, and is turned into a mouse by the Grand High Witch (Anjelica Huston). 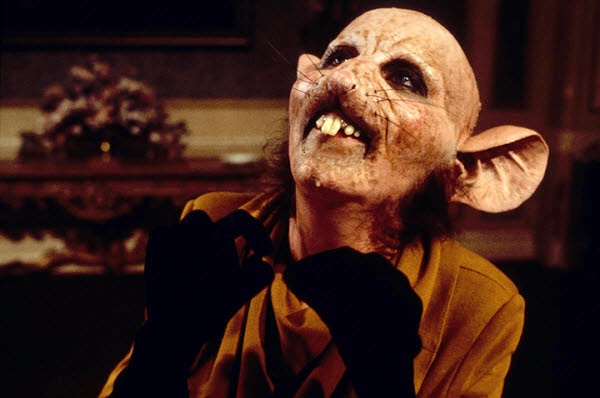 From there on in the movie, it's up to a Luke and Bruno to team up as mice and try and find away to reverse the effects of "Formula 86" and to reveal the Witches' true identities to everyone. In doing so, they must convince Luke's grandmother and Bruno's parents, who are reluctant to believe the situation. However, once Luke is able to sneak into the Grand High Witch's room and steal a bottle of her formula, he takes it into the kitchen of the hotel and drops it into the witch's soup that's being prepared by the chefs. Once the witches eat it, they become mice and are killed off and/or disposed of. Despite what appears to be a dark and sad ending at first, turns into an uplifting one as Luke is turned back into a boy and rejoices with his grandmother.

The makeup FX are seriously well done, and even hold up to today's standard. The way the Grand High Witch takes her flesh on and off is cheap movie trickery, but it looks wonderful on screen. Her and all the other witches' true appearances are so hideous it's frightening, even though most of the women at the convention are really men playing the parts of women. If you never noticed that, watch closely again the next time you see it. It adds an element of humor to an otherwise scary segment in the feature film. However, judging the looks of the witches in their true form is where you can clearly see the Jim Henson influence. For those of you who aren't familiar with Mr. Hensen, he's the guy behind much of the success of Sesame Street. In the end, The Witches is a great movie for children and adults alike to enjoy for various reasons. It's one of my favorite children's movies ever, and will remain dear to me for a long, long time. It's also the only time I've ever been attracted to actress Anjelica Huston. It figures it takes her to play an evil Witch for me to find her sexy (laugh). 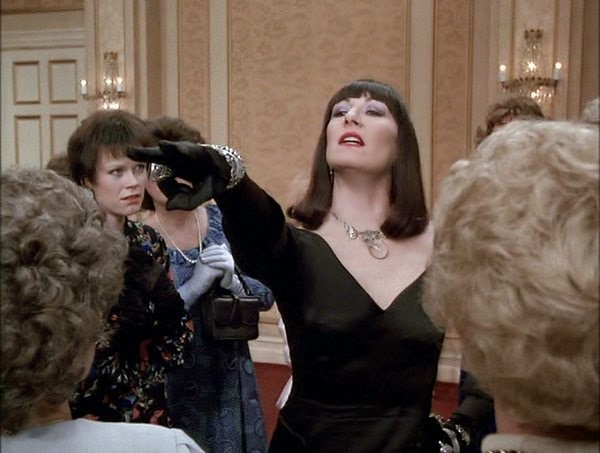 BEST SCENE: I'm easily going to hand this one to when Bruno gets turned into a mouse at the "RSPCC" meeting the ballroom. Even after rewatching it all these years later, I can still see how it's scary to children. BEST QUOTE: I guess I'll give this to the Grand High Witch when she snaps on all the other witches in the ballroom speech. "Witches of England...You are a disgrace! Miserable witches... You are good-for-nothing worms! Everywhere I look, I see the repulsive sight of hundreds, thousands of revolting little children..."