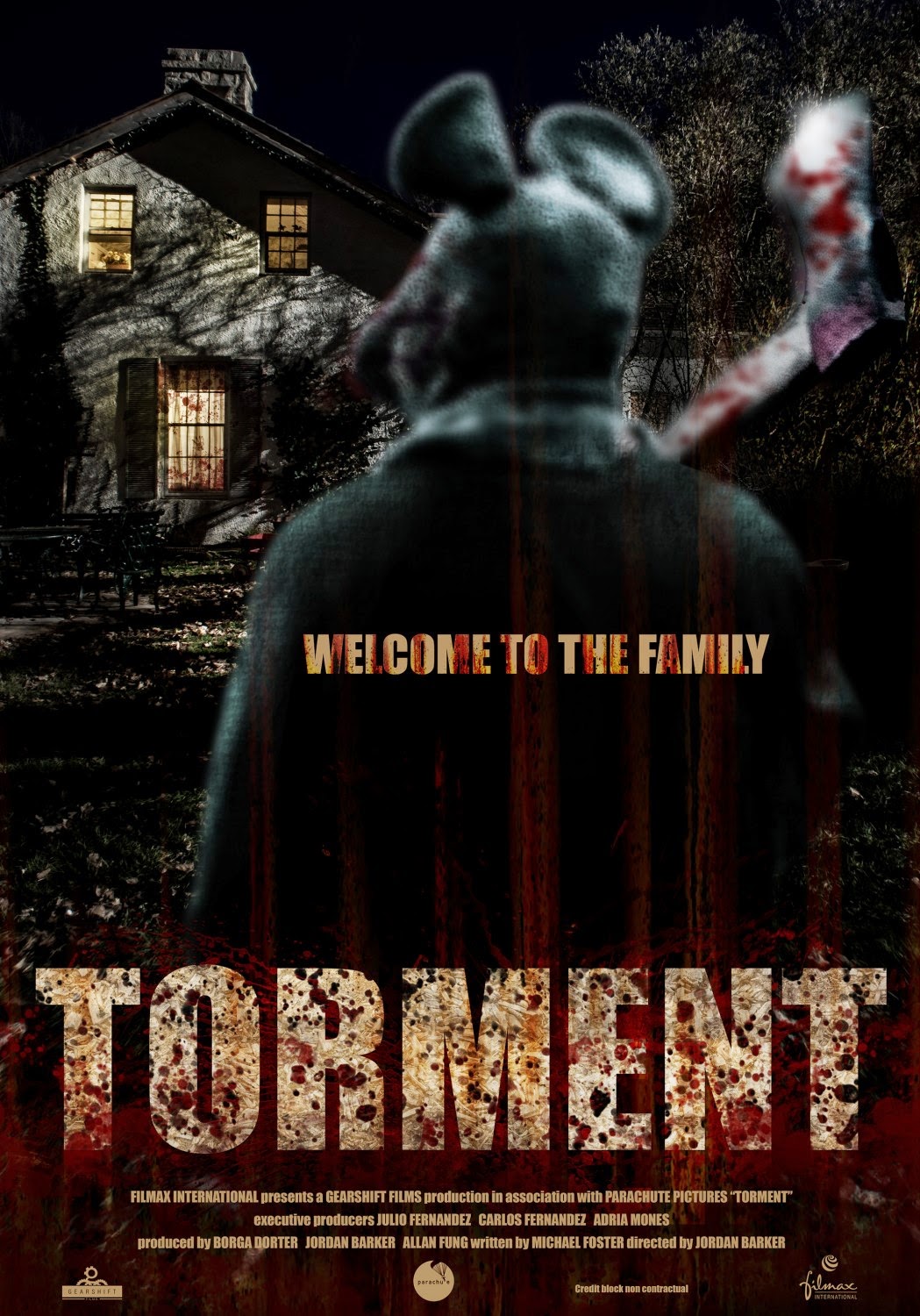 Torment is a common and uninspired home invasion movie about a family who is sought out by a sadistic mask-wearing family is directed by The Marsh (2006) director, Jordan Baker. Having never seen any of Baker's prior directorial efforts, I was looking forward to this one although I was kinda disappointed by the obvious You're Next mockery of film promotion, such as the poster with the intruder wearing an animal mask. Another thing that drew me into the movie is that it stars Katharine Isabelle (Ginger Snaps), who is on a roll of good projects lately, such as being the lead in the all around successful American Mary, and making a few appearances in Season 2 of NBC's Hannibal. Sharing the screen with Isabelle is actor Robin Dunne (Species III) and young actor Peter DaCunha (The Barrens).


The characters barely give us anything that we haven't seen before, such as how typical their relationships are. It's downright predictable. Newlyweds Sarah (Katharine Isabelle) and Cory Morgan (Robin Duune) along with Cory's son from another mother, Liam (Peter DaCunha) interact very realistically. We see that there's some unsettled tension between Sarah and Liam due to the fact that Liam isn't ready for someone to take over as his acting mother. We see things like Liam not wanting her to sit where his mom would sit at the table, and so on. Meanwhile, Cory is caught in the middle and trying to provide a balance for his new wife and his son. A family struggling to make things work are put in a tough spot that makes them appreciate each other a little more and have regrets, yadda yadda yadda. Despite the repetitiveness of their situation, they all interact very realistically, and that's one of the elements that saves Torment from being a total loss. The psychological angle we get to see between Sarah and Liam coupled with the paranoia of impending doom redeems some merit. The acting isn't as strong or as impressing as I expected though, so that dampens things a bit.

The poorly dressed intruders are already in the house from the early goings in the film, very similar to the aforementioned You're Next. Really, by making everything so text book, I knew before the midway point that I was engaging in something that had nothing new to offer. So, I just sat and patiently waited for some kills/gore to come along, because I knew that's all that was left that could impress me. The masks the intruders wear are an almost audacious rip-off and combination of the masks from The Strangers and You're Next. The influence is far too present in order for Torment to ever gain a success off of its own accord. The leader of the twisted family who wears the trademark makeshift mouse mask is disfigured underneath, again, there's nothing innovative present. Their purpose is to add new members to their screwed up family by turning other families against one another. Such as how Cory is forced to be "honest" and yet lies to tell his son he doesn't love him in order to avoid being tortured (which happens anyway) just so the pact of maniacs can gain Liam's trust and add him to their pose.

Though I complain about how everything in Torment is recycled from somewhere else, the plot tells you from the jump that it's that kind of movie. So, regardless of my criticism, I didn't expect anything better. There's countless cliches that run amok such as little Liam's toys moving by themselves as if someone just hit a button on them and then ran and hid in the nearest closet to play mind games. It's all commonplace, but I'll admit that there are a few scenes, maybe one or two, that actually fuel suspense. Unfortunately, the payoff is foreseeable. My favorite part is easily the beginning in which we see three brutal deaths in under five minutes. The score is creepy and does a good job at trying to keep the viewer invested and on their toes, but to no avail due to how expected everything really is. 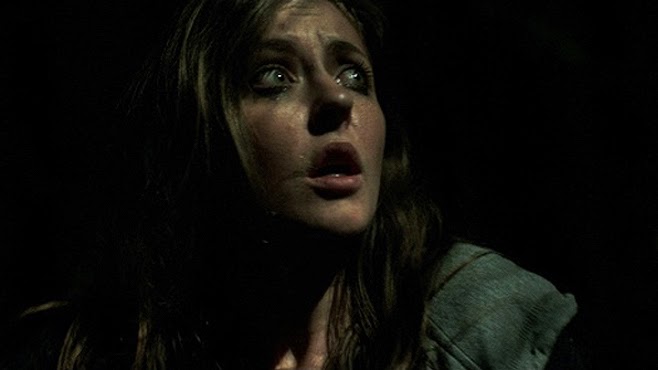 I can't say that I'd recommend this to anyone, unless they haven't seen successful home invasion pictures prior to viewing this one, because if that's the case, they'd actually probably get something out of this instead of just seeing borrowed material from movies like it. It's a believable story to a certain degree, but it has nothing of true substance to offer other than real characters that make the story semi-buyable. The overall lack of creativity is very visible, and I feel that this is an attempt to cash in on the home invasion sub-genre instead of adding something new. Disappointing.