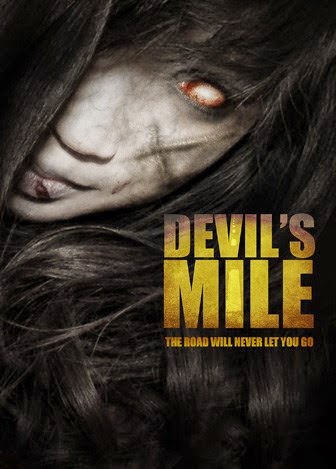 Synopsis taken from IMDb
A relentlessly-paced hybrid of a gritty crime thriller and Lovecraftian supernatural horror, The Devil's Mile follows a trio of kidnappers who take an ill-advised detour en route to deliver their hostages - two teenage girls - to their mysterious and powerful employer. When they accidentally kill one of the girls during a botched escape attempt, their simmering mistrust explodes into shocking violence. But what they thought was their worst case scenario is only the beginning, as they are engulfed by the hellish forces that haunt the road - a road they realize they may never escape. Now captors and captive must fight together to escape the monstrous forces pursuing them and somehow survive...THE DEVIL'S MILE.

Quite literally, this film starts off with a bang. We see Jacinta (Casey Hudecki), Cally (Maria Del Mar), and Toby (David Hayter) who apparently don't get along very well, traveling by car. After taking a wrong turn, and tempers flare, we come to realize that they're kidnappers who have two helpless Asian girls in the trunk, who will be held for ransom. However, things go terribly wrong when we find out that one of the girls isn't the right one, and her parents aren't rich. The proper girl, who was meant to be kidnapped, tries to escape but is ran over and killed instead by Cally on "accident". So the trio of criminals' situation goes from bad to absolutely terrible.


After falling asleep behind the wheel, Toby almost hits a van who's driver then tries to attack Jacinta and Cally. Toby has somewhat of a falling out with the girls, and goes his own way. Things get weirder when Cally tries to make an outgoing call on her cell phone and all she hears on the other end is an echo of what she just spoke, followed by dialogue that foretells things that haven't happened yet. So, stranded with a tire beyond repair, they're now haunted by the dead captive who viciously attacks Cally. When Jacinta and Cally attempt to leave the area, they realize that they're stuck and achieve nothing more than driving in a big circle and end up where they began. At this point in the movie, there's a touch of bad acting that doesn't last long luckily, and we see some typical cliches. But, the movie isn't lessened by it. 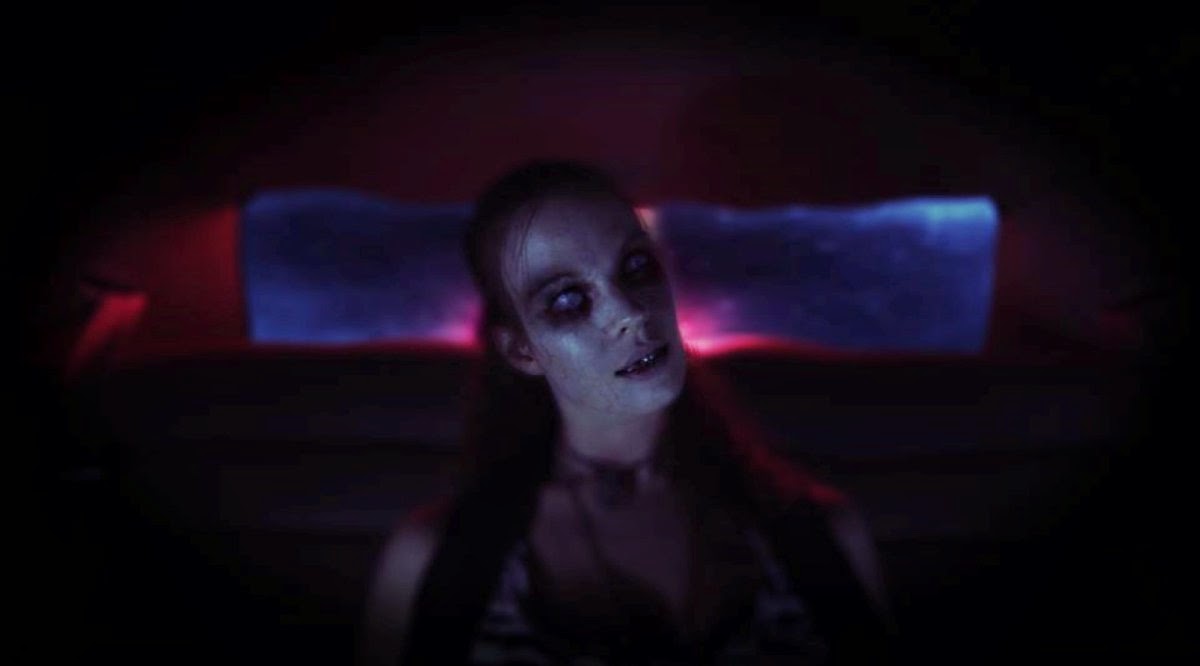 When it shows the Demon that haunts them on the road, it looks pretty neat. The FX are good, but not great. The sounds it makes however, is that low burping noise you hear in The Grudge. Cally and Jacinta come to realize that as long as they stay in the light and out of the darkness, they can't be harmed. Only in the blackness of night can they be harmed by the vengeful demon. There's a few good jump scares that are well timed, and it definitely gets creepy. I was surprised by how much I actually was liking it, it exceeded my expectations and ran away with them by this point.

You find out key things about Cally and Jacinta such as secrets that'd ruin the movie if I told them, so I won't ruin it for everyone. But the point is, there's some time spent focusing on the characters where we get to know them a little better and understand/sympathize with them. Character growth is always a plus, and always beats the alternative of just focusing on them being scared the whole time.

As The Devil's Mile concludes, it adds up and makes sense, and has one hell of a plot twist. We come to understand things like who was in the van earlier that Toby almost hit. It's really a mind trip, but it's a journey worth taking. When Jacinta meets up with her boss, it becomes truly compelling. Sure, there's some predictability and some weak acting here and there, but there's also some really convincing acting exercised as well. As a whole, it's intense and it all comes together and works really well to make an adrenaline rush of a horror movie. I'm a  fan.