'DELIVER US FROM EVIL' is contagiously scary 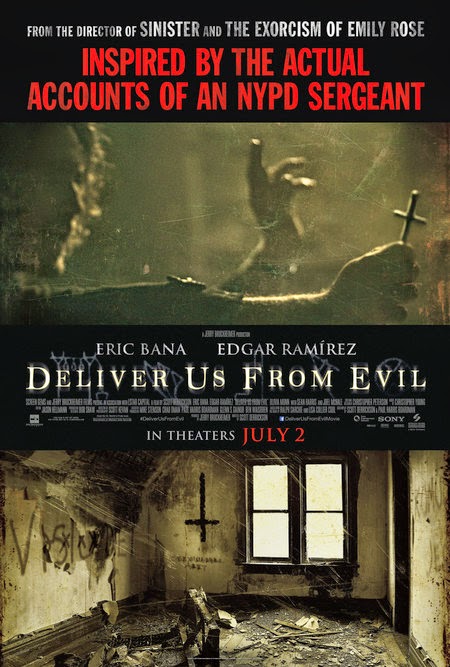 Synopsis taken from IMDb
NY police officer Ralph Sarchie investigates a series of crimes. He joins forces with an unconventional priest, schooled in the rituals of exorcism, to combat the possessions that are terrorizing their city.


Ralph Sarchie (Eric Bana) is a New York police officer who is estranged from his wife and daughter due to working long laborious hours cleaning scum off of the streets. His partner, Butler (Joel McHale), is rough and rugged and full of confidence, and a great sense of humor. Together they bring criminals in, but they do it based off of what Sarchie's "radar" is telling him. Officer Sarchie has a gift where he's borderline psychic, he simply gets a gut feeling, and looks for civilian call-ins that suit whatever he's feeling.

In this case, following Sarchie's gut, both he and Butler go on a domestic case involving a man who beat his wife. His wife merely says "he just went crazy", as if that's an excuse for him hitting her. All around the house the officers notice scratching along the floors and elsewhere. After obtaining him, things just get worse.

Soon after, they get a call saying they're needed for assistance at a zoo. A woman named Jane (Olivia Horton) randomly throws her child into the moat at the zoo, and after doing so, the lights went out, leaving the police to search the grounds for her in the dark. When Sarchie and Butler arrive on scene, they find her singing "Break on Through to the Other Side" by The Doors while digging at nothing on the ground. Immediately Sarchie sees that her fingernails are busted up and ragged from scratching, the same as the man taken into custody for abusing his wife just prior to this call. After taking her to the station, Sarchie meets Mendoza (Édgar Ramírez) a priest who is an ex drug addict, chain smoker and a drinker. He tells Sarchie that he believes Jane's battle is spiritual and that he specializes in exorcisms. 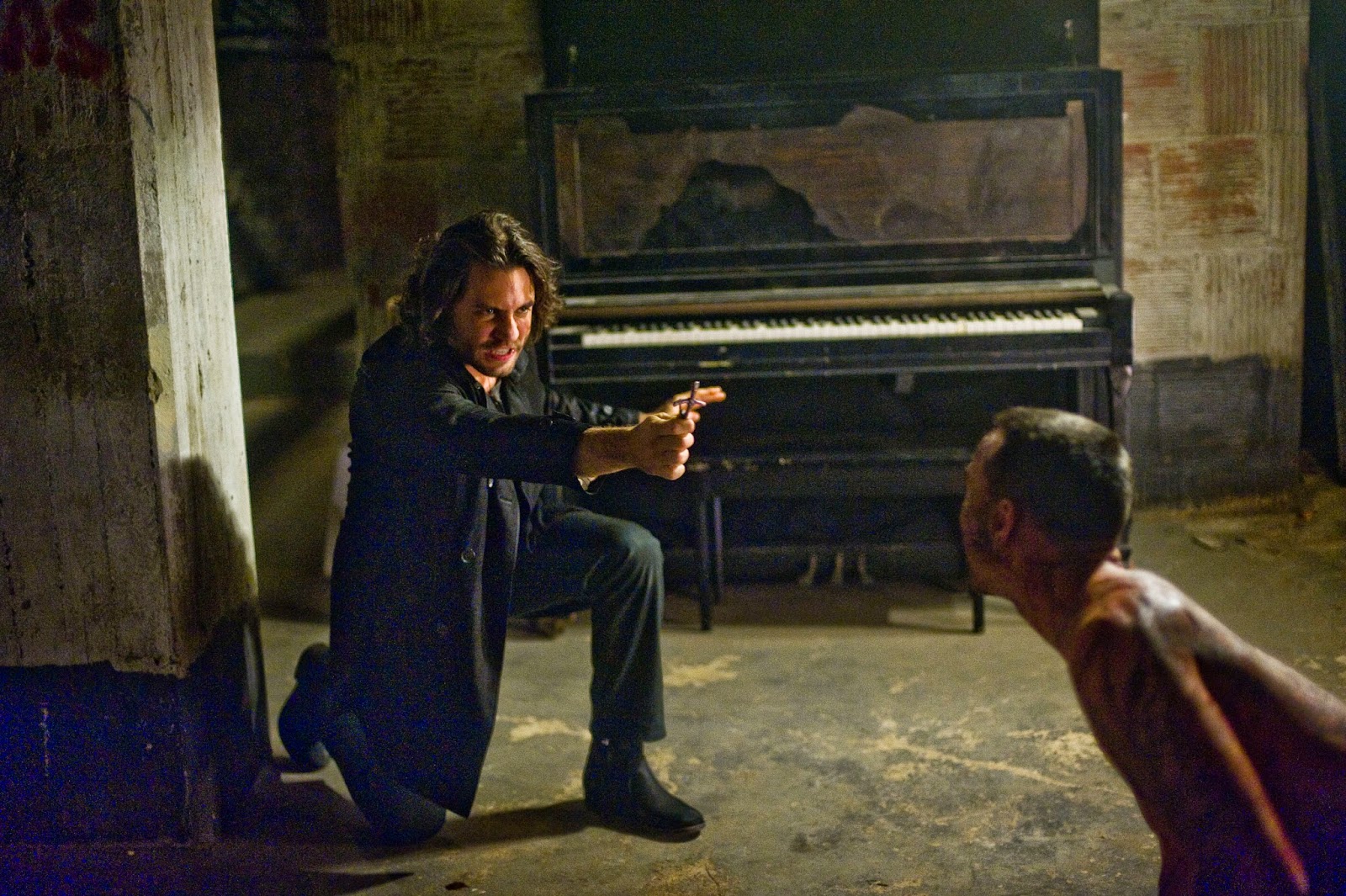 I really like the chemistry between Sarchie and Mendoza, because they're opposites, so they attract. Sarchie sees only the negative things, like what's in front of him. Mendoza, focuses on the positive and thinks on a different level. We get backstory from them both, and after finding out that Sarchie once had faith in God, it's easy for him to relate to Mendoza instantly. They become a team, as they try and track down a mysterious painter Sarchie encountered in the zoo, who fled the scene. Sarchie knows the painter is somehow involved in Jane's attempted murder of her child.

After doing some digging, he finds out that the painter's name is Santino, and that he was in the US Army with some other key members in the film. The question then becomes how is Santino a part of the craziness going on, and how to track him down and find him? Sarchie and Mendoza grow close, and aid one another as Sarchie comes to understand that it is in fact possession going around. The hunt for the truth only gets darker, and the fact that Sarchie has his "radar" open, he and his family are open to demonic attacks. Not long after getting deeply involved in the investigation, Sarchie's daughter Christina (Lulu Wilson) is toyed with (no pun intended) as she begins to hear scratching around and under her bed, and her Jack in the box as well as her stuffed Owl have a tendency to move.

There hasn't been a movie of this caliber since Fallen back in 1998. It's almost a combination of that and Se7en, both of which are great films to resemble. I'd consider Deliver us from Evil to be more thriller than horror due to the detective nature of it, but there's a handful of undeniably scary scenes. And although I hate jump scares, if there's anyone that can pull them off to the proper effect, it's director Scott Derrickson.

I jumped a few times, and I never saw them coming. The suspense is timed beautifully with the story and what's relevant. There aren't any scares that are cheap and unrelated to the story, like a mop falling during an intense scene. It's a very intelligent film handled by a director who loves horror himself. There's not much for me to criticize about this film, just like Derrickson's previous efforts. It's well acted, has good characters, rich storytelling, it's intense, not predictable, suspenseful and scary. 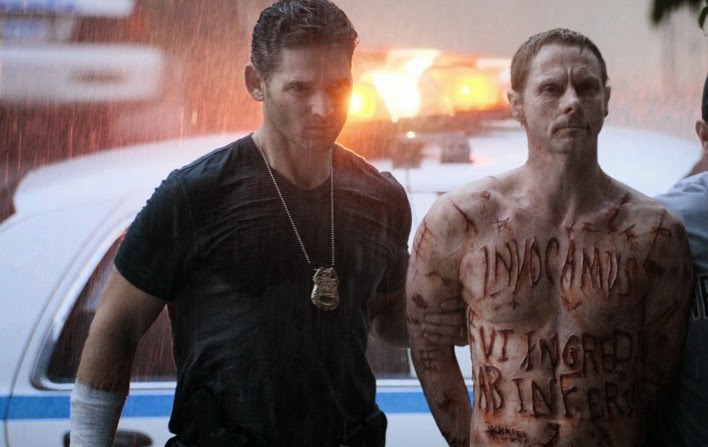 In my book, having all of those variables makes for a good film. It didn't end the way I was expecting it to, and it ended sooner than I had anticipated, but you'll hear no complaints from me. Very well done film, and much worth the hype and wait.