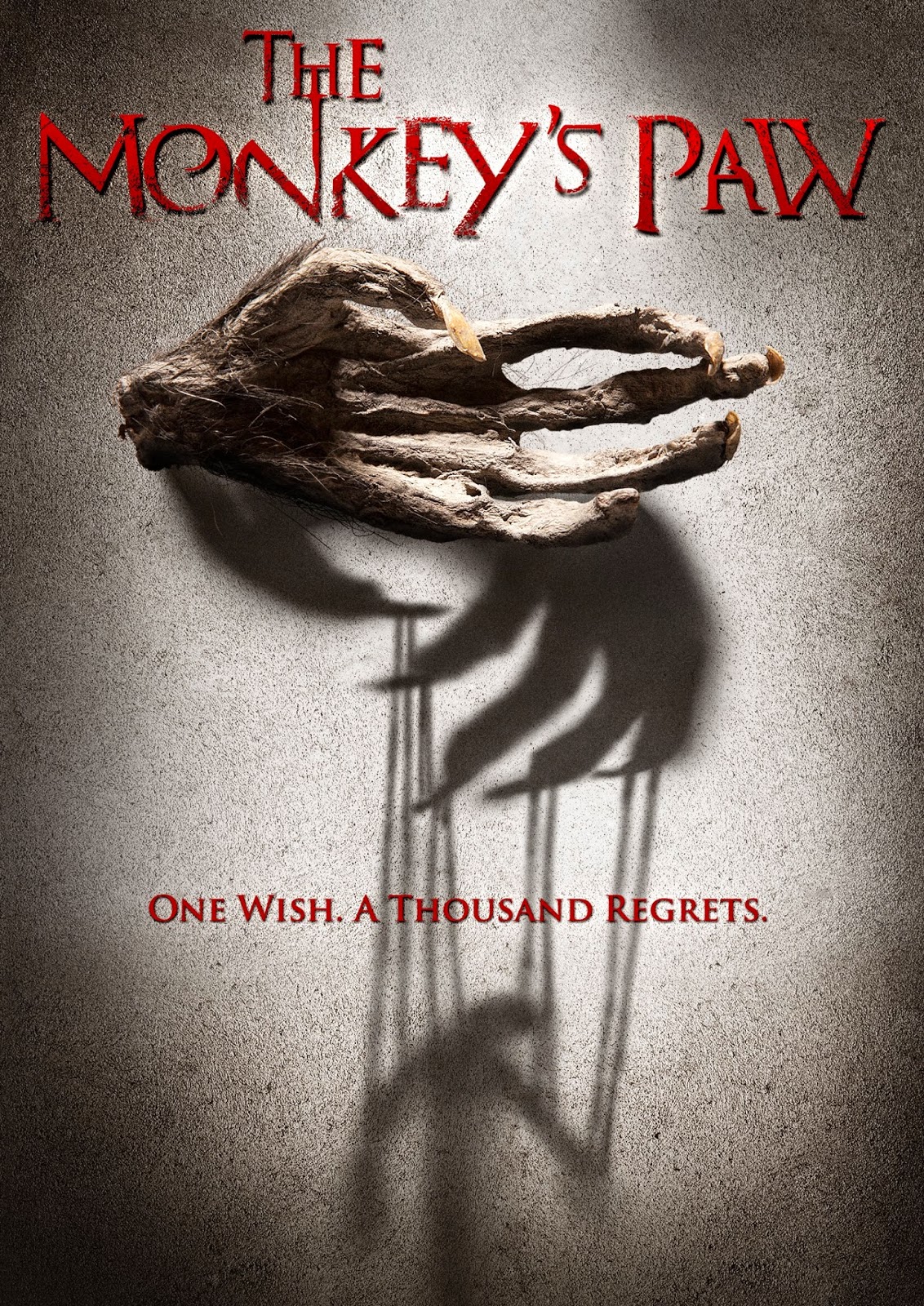 Synopsis taken from IMDb
Jake is given a monkey's paw that grants three wishes. After the first two wishes leave his friend Cobb undead, Cobb pushes Jake to make a final wish.


I grew up loving the story of The Monkey's Paw, I even remember the first time I read it in school. Being a fan of horror since I was a child, story's about supernatural things never bothered me. Tales From the Crypt even did an episode about The Monkey's Paw that I remember watching on my parent's couch in their living room. So, having been a fan of the story for many years, there's no way I was going to miss the new feature-length film based on it. Especially since Chiller Films are behind it. While Chiller's movies tend to be on the low-budget side of things, they also hit some of their projects out of the part. Other times, it's hit and miss with them.

The 2013 film adaptation starts with getting us to know Jake (C.J. Thomason), a guy who's down on his luck who works at a dead end factory, has no car, and his boss is dating his ex girlfriend that he's still obviously in love with. So, it's easy to see that he's down on his luck, as much is the case needed in order to feel his desperation in when he uses the monkey's paw. His blue collar friend and co-worker Cobb (Stephen Lang),  has things even worse as he explains how he can't see his kid because his wife wants nothing to do with them. The building of characters and story is integral at such an early stage in order to get us close to the characters and understand their situations, and even sympathize with them. The quote of "the road to hell is paved with good intentions" is basically the plot of The Monkey's Paw, because Jake is out to hurt no one. He just wants to help himself and those around him to live better. Unfortunately, it all goes to hell in a handbasket... 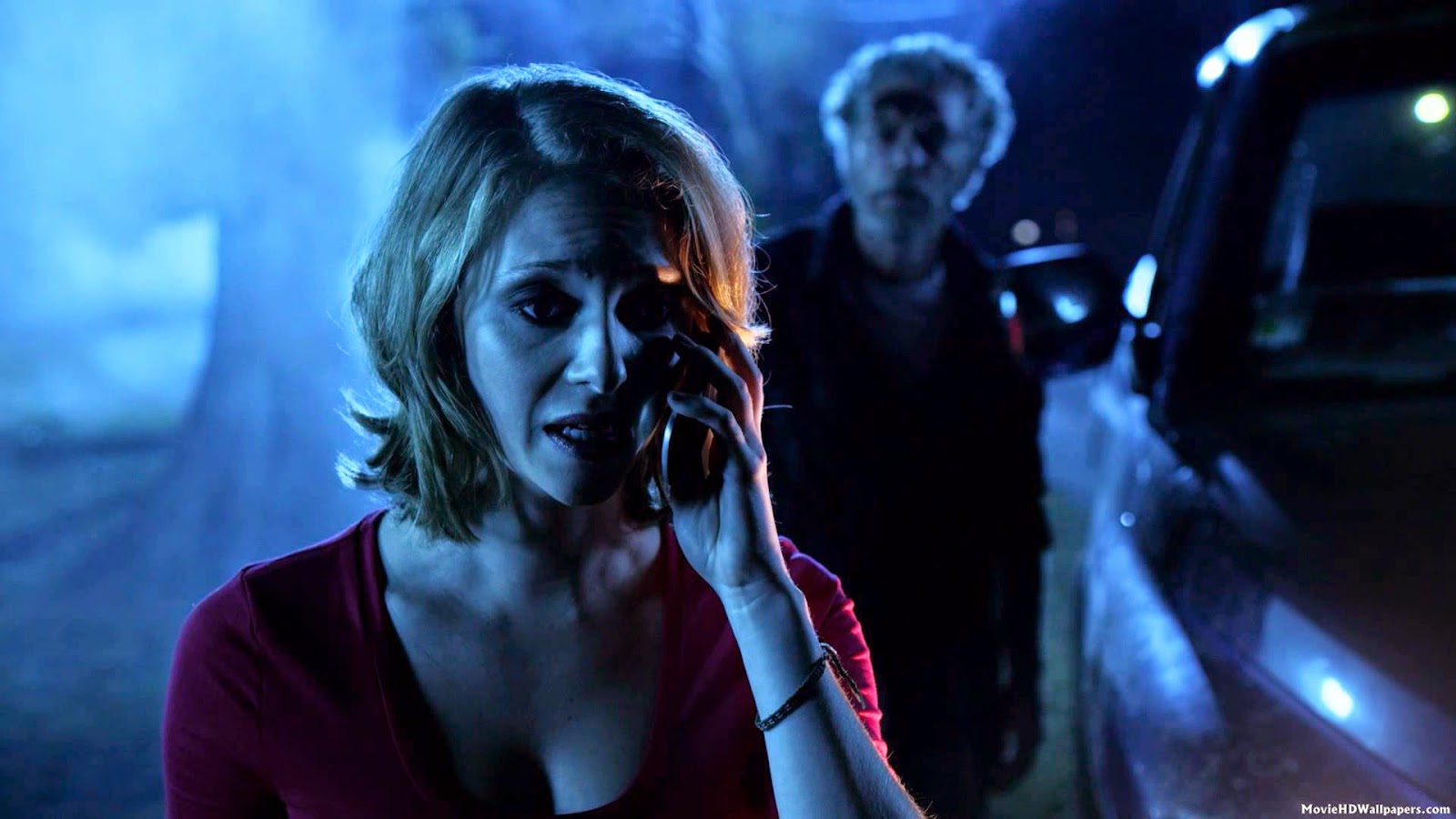 After wishing for a car and it miraculously appearing, Jake and Cobb take it on a test drive that goes south when they crash and Cobb is thrown from the vehicle and killed. Jake instantly uses his second wish to bring Cobb back to life. Now those who have read the story before, and those who haven't can tell anyone that this is a terrible idea. No one ever comes back from the dead without some sort of catch, am I right? Well in this case, Cobb comes back and goes on a murderous rampage killing people including Jakes cancer-ridden and their boss, Mr Weiss (), which only leads the cops to assume that Jake is responsible and did it out of jealousy due to the fact that his ex is dating his now-dead boss. After meeting up with a decaying Cobb in a cemetery, Cobb explains to Jake that he isn't thankful for being brought back. Instead, he blames Jake and proclaims he was better off dead. Lastly, he threatens Jake to use his final wish to make it so he can see his son again legally, or else...

By this point, Jake understand the power that the paw has and regrets using it. He uses his final wish in a genius way to try and undo all the wrong that he's unintentionally caused. 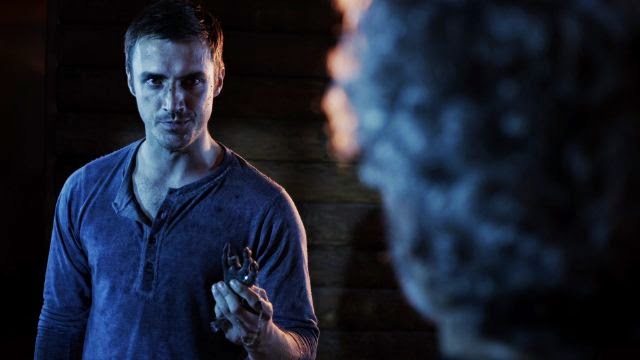 There's a ton of good gore along with some awesome kills, and there's a good portion of the movie dedicated to backstory of the characters which is a very nice tough. It's a smart move when you put the viewer in the shoes of the characters because you're not shouting at the screen or laughing with your friends about how dumb the characters are and how they're running upstairs instead of out the front door. The characters are intelligent and do ideal things for their situation. However, some cliche's rear their dreadful head, such as a cellphone ringing in an intense moment that gives the protagonists position away. Aside from that, it's almost so well acted that it's surprising. Just about everyone brought their A game to this one, most notably Stephen Lang. The Monkey's Paw isn't slow paced, but it's not scary and there's not much suspense. It more or less gets straight to the point and leaves you feeling somewhat sad. It's a very tragic story, and you can't help but feel sorry for the characters and relate to them. All around, it's a solid motion picture and a worthy adaptation to the original story.