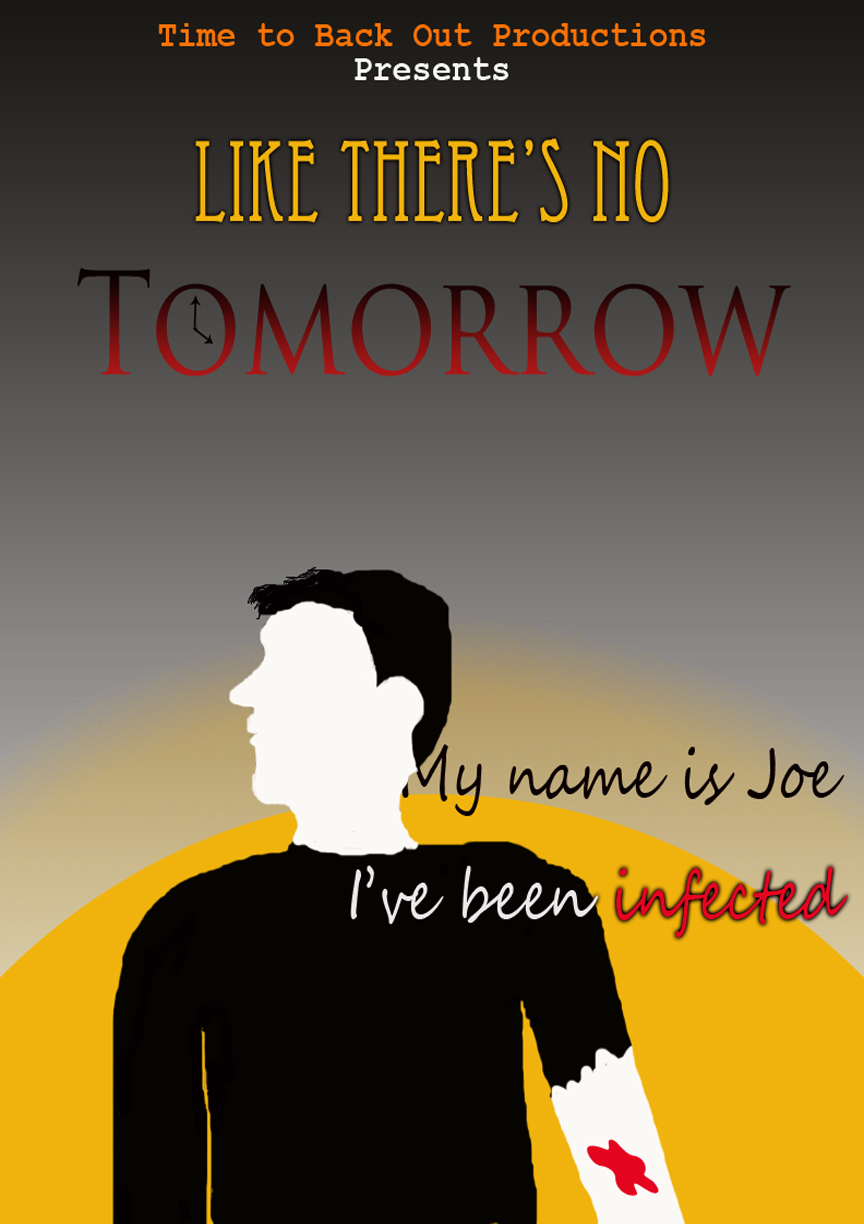 A biology student's failed science experiment has caused a deadly virus to be released on the United States. Enter Joe, an everyday working man infected by the outbreak who chooses to go into seclusion at a cabin. As he suffers through stages of grief, Joe waits to see if he is one of the lucky few to be immune to the virus.

Like There's No Tomorrow  is a sad zombie short that's about 27 minutes long. It centers on a man named Joe who was bitten on his right forearm after trying to help an infected civilian. I really like how everything is explained and thought out thoroughly, as we find out that the zombie outbreak was caused by a man-made zombie rat created in a lab. Only 2% of the population is immune to the virus and can overcome it, and while Joe is hoping he's in that small percentile, we see him go about his everyday life and doing things like practice shooting with his rifle. But mostly, we see him worrying and feeling sorry for himself. As the story progresses we learn that Joe is separated from his wife and daughter, and misses them dearly. He also starts to decay and darken around the eyes, which is a nice touch.

Due to the nature of the infection, anyone who isn't with a military escort gets gunned down, so Joe is stuck secluded in a cabin. What I like about this short is that it's all character oriented and based. Joe is the only person on screen the entire duration, and there's a lot of narration and dialogue. It's a realistic situation, and it's acted decently. Another thing that I like is the score. While the music is simple, it's also appropriate and even funny at a certain point. All in all, this is a solid effort of a short film.

Check it out, you can give it a watch HERE.