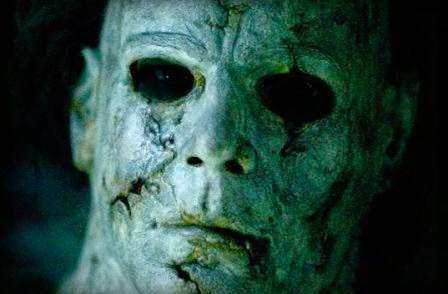 Over the years of being a hardcore collector, I've met some very colorful characters. Some even have a real knack for making figures themselves! When the studios and toy companies won't make a certain figure, some people have the talent to make them themselves. And the bitch of it is, they make them better than any factory could, because they put so much time and detail into it. Just recently, I befriended someone who makes some of the most incredible figures that I've ever seen in my 10 years of collecting. Most notably, his Michael Myers from Rob Zombie's Halloween. I myself, have seen countless customs of this version of the character, but none as perfect as this one. Granted, I'm not even a fan of the remake, but this thing is amazing!

He did all the work himself, including sculpting and painting, and adding the real hair to the mask and styling it. The same goes for the base as well. 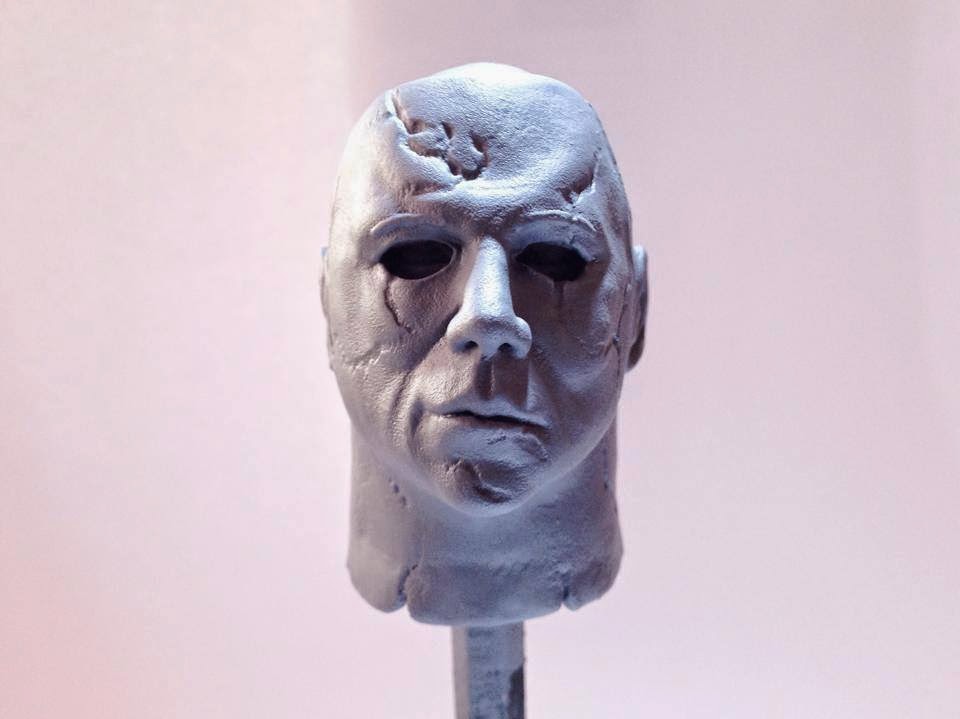 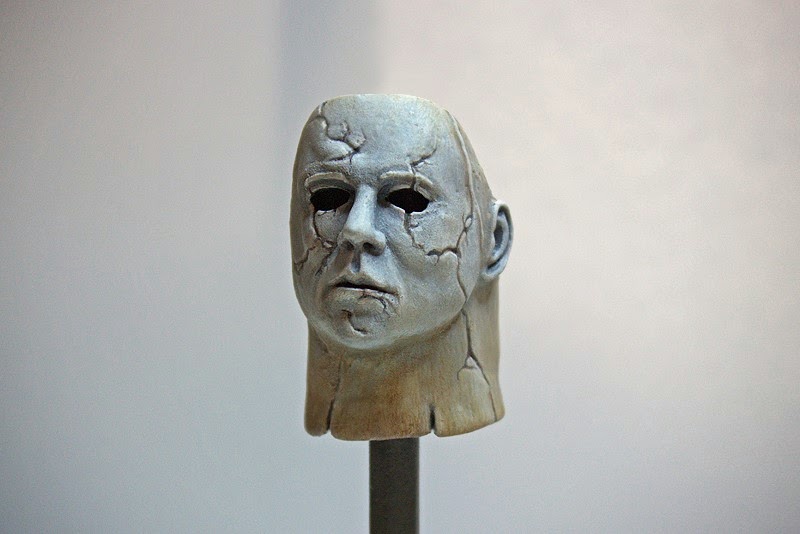 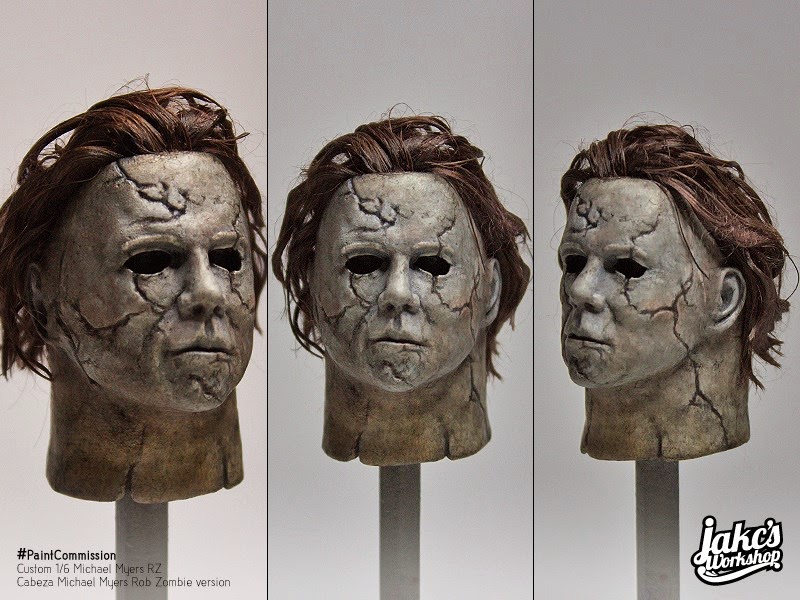 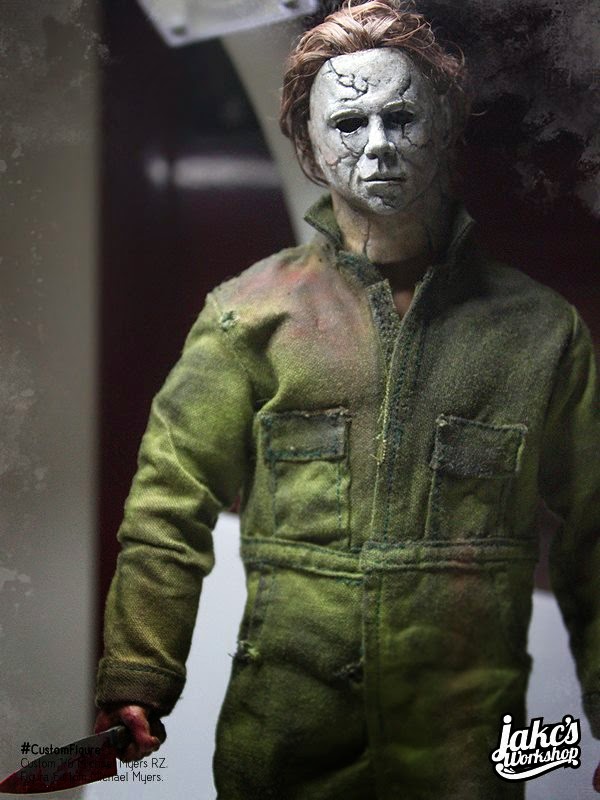 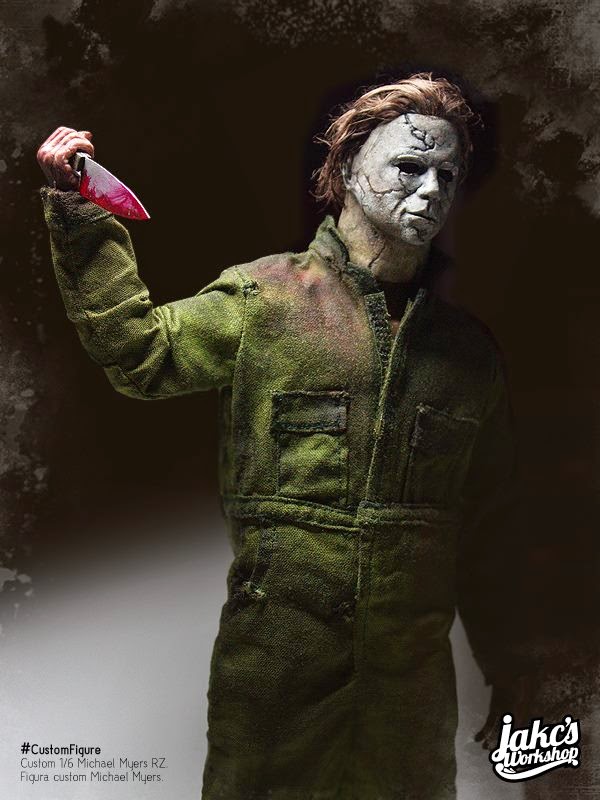 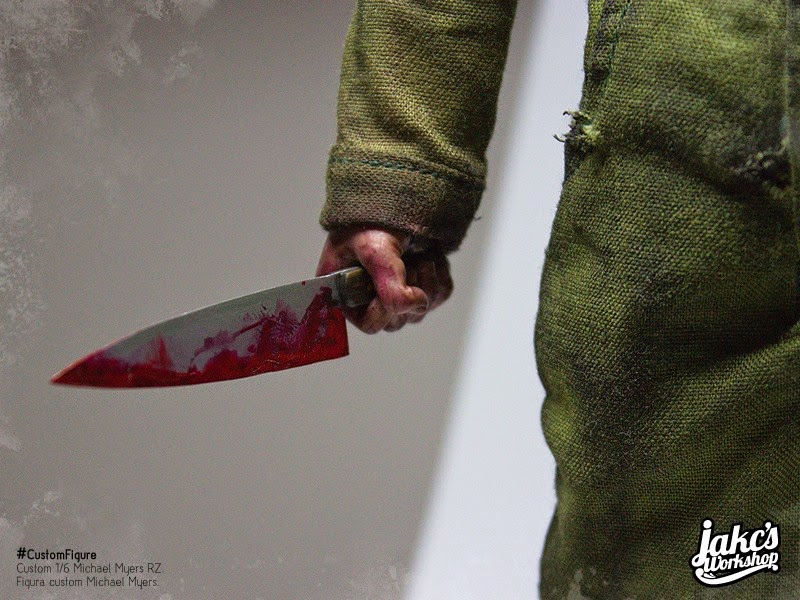 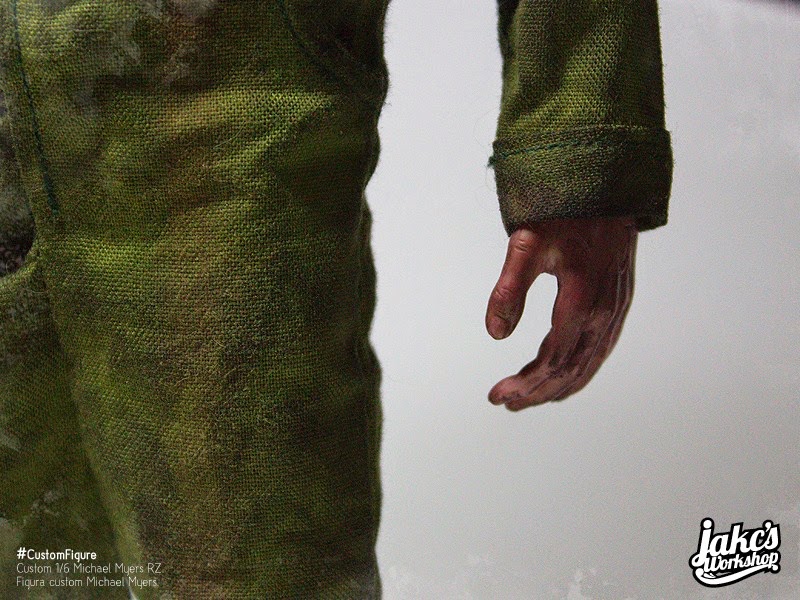 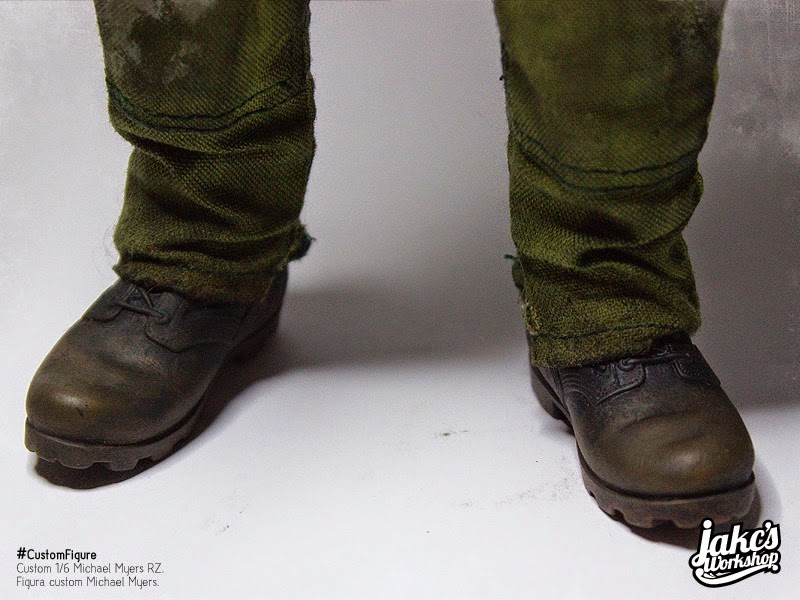 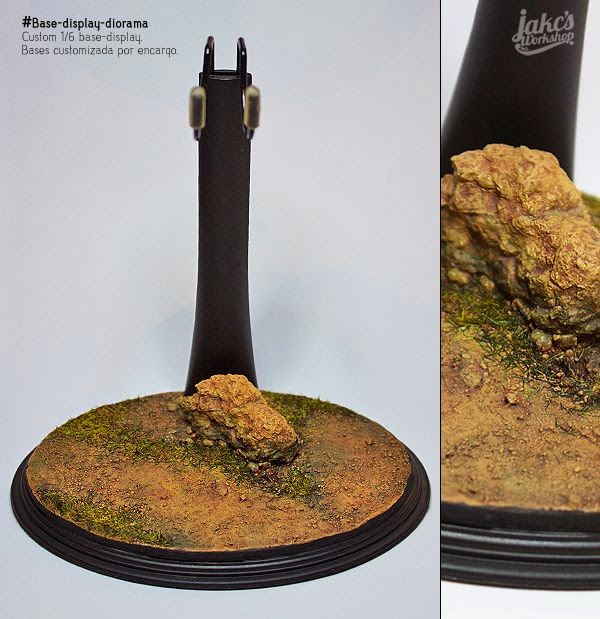 Pretty impressive, right? Let me be honest and say that this is the best 12 inch Michael Myers figure from the remake on the planet! I've seen them all, and none have captured the character more than this one. It's nothing less than a masterpiece. But, the madness doesn't stop just there. Take a look at the Freddy Krueger and Rick Grimes he's done! 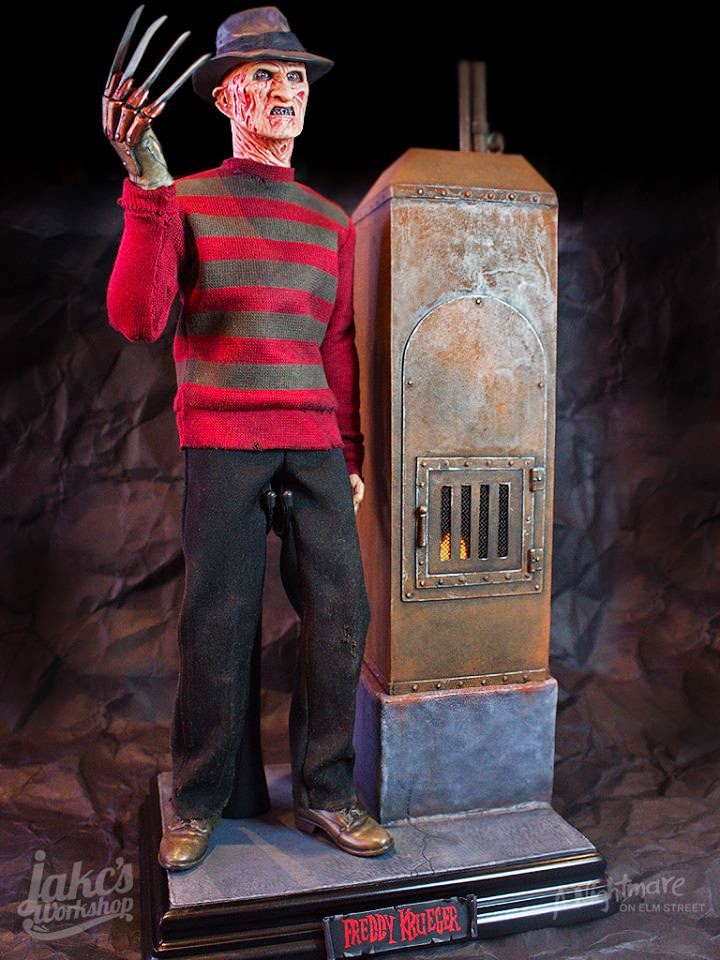 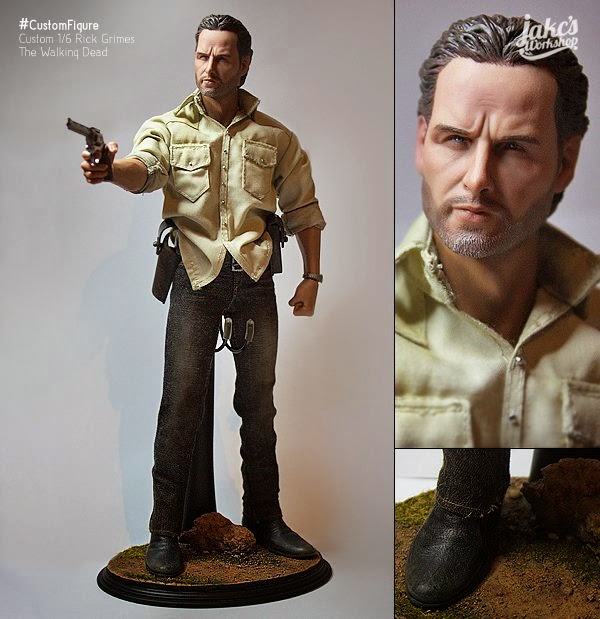 Pretty damn incredible if you ask me. The good news for those who just don't want to drool over the pictures, is that they're for sale! They're very limited due to them being handmade and not manufactured by a large company with countless workers. These are made out of love, and have amounts of detail you'll hardly find elsewhere. If you're interested in purchasing some stuff, or just want to look at all of his other works, go like his Facebook page HERE for the latest updates on upcoming projects. Looks like next up will be a Jason Voorhees masterpiece. Can't wait for this one! 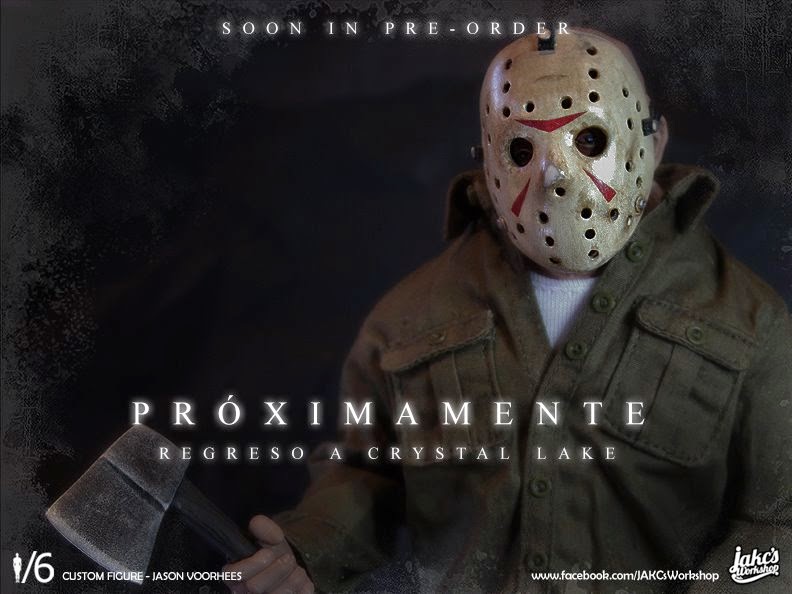