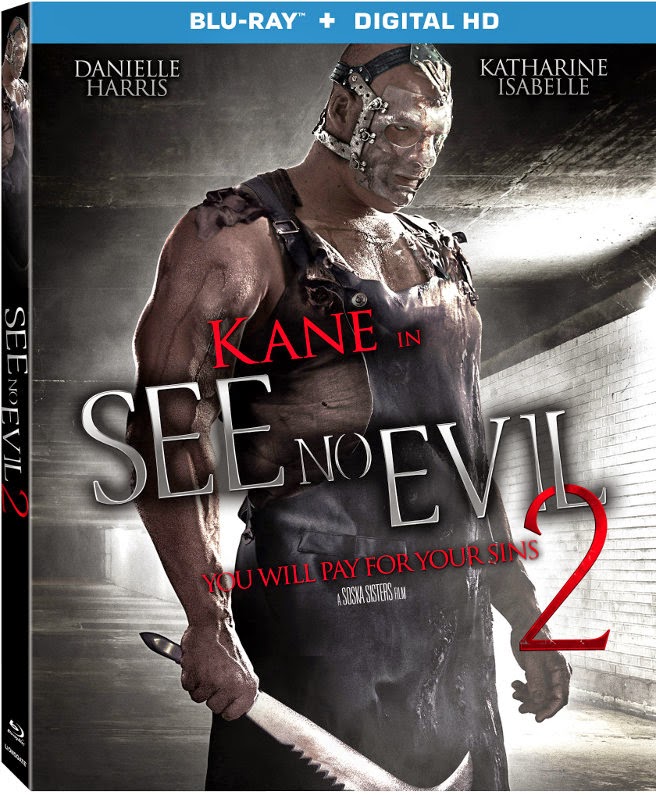 Being completely honest, I think the first See No Evil movie was mediocre at best, and I am not a fan. But with the Soska Sisters (American Mary) directing this sequel, I've got some hope for it. Judging what I've seen in the official trailer released yesterday at Comic-Con, this one seems to have a much darker plot and definitely seems like something I could get into. It's a crazy thought, but with this and Leprechaun: Origins on the way, WWE Studios may have a firm grip on the horror genre for the better. That is of course, if both of these are actually as good as their trailers make them look.

See No Evil 2 will be available on Digital HD and VOD October 17th, and just four days later it hits Blu-ray and DVD on October 21st.